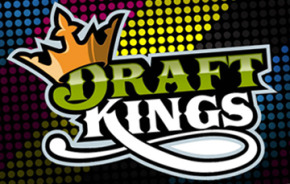 DraftKings is facing a legal challenge over the administration of its recent $2.5 million Sports Betting National Championship.

The championship was marred by a timing problem. During the Sunday of the NFL’s divisional playoff round, the first game of the day ended within minutes of the second game between the Eagles and Saints. Some participants were allowed to parlay bets in time for the second games while others were blocked out. Those who were blocked out say they were denied a shot at the $1 million top prize.

The suit seeks a refund of the $10,000 entry fee and additional damages for what it alleges was “mayhem” in the way in which bets were accepted or rejected and the general manner in which the contest was managed.

The suit was filed in New Jersey Superior Court on behalf of participant Christopher Leong of New York. The suit claims the terms and conditions of the contest were “sparse in nature” and that DraftKings never announced any specific betting limits for participants and accepted some large wagers “arbitrarily, capriciously and without explanation,” while rejecting others.

DraftKings also credited playable winnings to some entrants’ accounts—allegedly those in attendance at the company’s viewing party in Jersey City—more quickly than those of participants at other locales within the state, such that it amounted to an “unconscionable commercial practice, a deception, a false pretense, a false promise, and a misrepresentation,” the suit alleges.

DraftKings said it does not comment on pending litigation, but a spokesman told ESPN that “absolutely no SBNC competitors had their bets graded/paid out on-site with the help of DraftKings members.” The company says its backend system that grades wagers worked correctly.

In another story, Sportsbook operator PointsBet has launched an online and mobile New Jersey sports betting platform through a partnership with the Meadowlands Racetrack. It’s the company’s first product launch in the U.S.

PointsBet began in Australia in 2017 and its first U.S. office in Jersey City in November. The company said in a press release it hopes to differentiate itself from the rest of the state’s sportsbooks through a new kind of “high-risk, high-reward” betting format it calls “PointsBetting.”

“On top of all traditional bet types, they will offer a new kind of wagering not seen in the U.S.,” the press release reads. “If a user bets $10 on the over, and the total ends 10 points over, that nets users $100. Stop-loss settings are able to be set by a bettor if they wish to limit their win and loss position. Users will still be able to make fixed odds wagers, which give a simple win-or-lose scenario.”

PointsBet claims to have paid out $300 million to bettors and generated over 147,000 bets per day in Australia through 2018. The company’s New Jersey sportsbook is available on web, iOS, and Android and users can place bets on college sports as well as major professional leagues such as the NFL, the NBA, the NHL, and MLB, the release said.