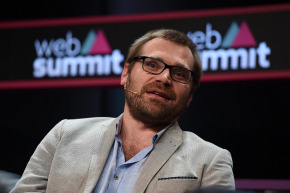 DraftKings has become the first company to launch online sports betting in New Jersey after receiving approval from state regulators.

The daily fantasy sports company released an online app and website gambling through its partnership with Resorts casino in Atlantic City. Online sports betting sites must be partnered with an Atlantic City casinos or racetracks in New Jersey.

Resorts has opened a temporary live sports book at the casino, and the online move puts the casino and DraftKings ahead of New Jersey’s currently six operating sports books. The site went fully live August 1 after a soft launch. DraftKings is partnered with the Malta-based Kambi Group for the technology on the site.

“The goal was really to just trickle in enough customers to play the product where we could get some initial feedback, enough to make sure the product meets our standards as well as meeting the standards of the Division of Gaming Enforcement,” Matt Kalish, co-founder of DraftKings told the Press of Atlantic City. “As a testament to our technology and product team, who worked about a year on this, as well as the regulators who have very quickly put together a nation-leading regulation of this product, everything went really, really smoothly, and we’re excited to be able to launch to every customer who is currently in New Jersey starting today.”

The new app is reportedly Apple and Android-friendly and allows users to login using their existing accounts with DraftKings or by creating new accounts.

There was some criticism of the site’s early lines on baseball games during the soft launch on gambling websites and posting boards. DraftKings, by moving quickly however, will have about a month to respond and gain information before the more lucrative NFL season begins.

The site offers wagering on all types of sports as well prop bets and in-game betting options. DraftKings is also the first US operator to include a live-ticket system.

Mark Giannantonio, president and CEO of Resorts Casino Hotel, said the casino hotel was “thrilled” to be first to market with online and mobile sports gaming in the state.

In another story, Monmouth Park Racetrack—which was the first facility to open a sports book in New Jersey—is continuing a lawsuit against the professional sports leagues for blocking New Jersey’s challenge of the federal Professional and Amateur Sports Protection Act, which banned sports betting in all but four states.

The track is seeking damages from the leagues for revenue lost while the case played out in court. The league’s challenged the state’s several attempts to bypass the law. The case eventually went to the U.S. Supreme Court which overturned PASPA.

In a court filing the New Jersey Thoroughbred Horsemen’s Association reiterated its position that the high court’s decision means a temporary restraining order in October 2014 blocking sports betting at Monmouth Park Racetrack shouldn’t have been granted.

The association is seeking the payment, with interest, of a $3.4 million bond that the four major pro sports leagues and the NCAA posted in 2014 to secure losses that might be suffered during the four weeks the temporary restraining order was in effect, according to the Asbury Park Press.

The association also wants roughly $140 million in damages for lost revenue from being barred from offering sports gambling from October 2014 until the Supreme Court’s decision.

The leagues have filed their own brief in the case saying that the horsemen’s association isn’t legally entitled to the bond or any additional damages since by October 2014 a district court and an appeals court had already ruled against New Jersey, meaning they had a good chance of winning the legal fight.

They also deny the association’s claim that they acted in bad faith by seeking the restraining order.

The association’s argument, however, is that the Supreme Court’s 2018 ruling can be considered retroactively in relation to the temporary restraining order, the Asbury Park Press reported.

“On May 14, 2018, the Supreme Court held PASPA to be unconstitutional,” the association wrote in the filing. “That holding meant that PASPA could not have invalidated New Jersey’s 2014 law. With the benefit of hindsight, at all times relevant herein, the NATHAN had the legal right to conduct sports betting at Monmouth Park.”

A U.S. district court judge in Trenton will hear the case, but no date for a hearing has been set.