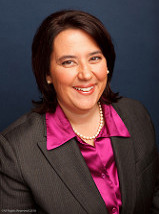 Representatives of DraftKings, the Boston-grown giant in the field of Daily Fantasy Sports lobbied a Massachusetts lawmaker for legalized mobile sports betting that it will be able to offer to its customers.

DraftKings official James Chisholm presented a signed petition in the form of football helmet decorated with signed stickers to Rep. Ferrante, who is chairwoman of the Economic Development and Emerging Technologies Committee.

Chisholm declared, “Sports betting exists in Massachusetts. It just doesn’t exist legally.” His company isn’t endorsing any one of several sports betting bills that have been filed, including one proposed by Governor Charlie Baker. Instead it is limiting itself to advocating the advantages of letting individuals make bets on mobile platforms, rather than only in a brick and mortar environment. Like, say, a casino.

Allowing mobile betting would open it up to more wagers that would be made legally and would be just as convenient as illegal methods now employed. It would just provide consumer protections and collect some taxes for the state.

Baker’s bill would accomplish all that, by allowing sports book on professional sports contests at the existing casinos, and through online providers such as DraftKings or its rival FanDuel. His bill would take the estimated $35 million a year and set it aside for local aid.

Chisholm noted that in New Jersey, which DraftKings has been accepting mobile bets since August, 69 percent of all money wagered was done through a mobile app. In February that percentage was 81 percent of the $320 million bet.

Mobile betting enables tracking betting trends and rooting out fraud, he said. It also allows players to set betting limits for themselves.

It’s no surprise to Ferrante that she is at the focus of intense lobbying regarding sports betting. When she was named chairwoman of Economic Development and Emerging Technologies, House Speaker Robert DeLeo advised that economic development was “going to be a major issue in terms of sports betting and the like.”

The legislature hasn’t officially begun the new session, so it is uncertain what the timeline for such legislation is. Chisholm said DraftKings wants to see something passed in time for the NFL season next fall.