HomeThe ShuffleDraftKings-MLB Deal: A Home Run for Bettors … and Baseball

DraftKings-MLB Deal: A Home Run for Bettors … and Baseball 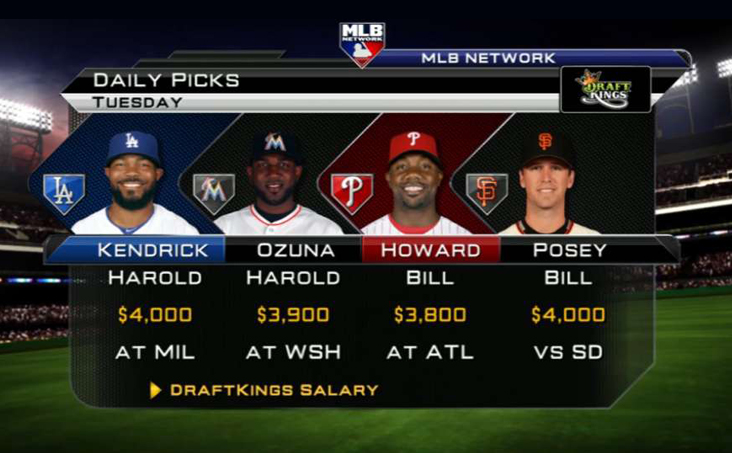 Thanks to Major League Baseball’s new alliance with DraftKings, expect a surge in live bets on the games. More than any other sport, baseball was made for this technology.

Dozens of players have been banned from Major League Baseball for betting, most famously Pete Rose (the league’s all-time leader in base hits and games played) and Shoeless Joe Jackson (of the scandalous 1919 Black Sox, who allegedly threw that year’s World Series). Anyone who’s banned can no longer coach, hold a front-office job or be voted into the Hall of Fame.

Yet 30 years after Charlie Hustle was banned, the MLB has reached a deal with DraftKings making the sportsbook the league’s first Authorized Gaming Operator. As part of the deal, the MLB will share official league data and team logos with DraftKings. With its new access to league data, DraftKings can offer more live-bet options to its users, from moment to moment, in real time.

“This deal speaks to the commitment we have to our customers and sports leagues alike while providing the safest and most entertaining American-made sportsbook,” said Ezra Kucharz, chief business officer for DraftKings, when the deal was first announced in July. “As a result of this agreement, our customers will experience enhanced live wagering offerings for all MLB games.”

Why It Works for Bettors

As the name suggests, live, in-play bets are set throughout a game, with odds that constantly adjust as the game unfolds. Live betting offers many more options for bettors, typically with quicker results—like live betting options, live batter results, the first/last team to score a run in the game, total runs scored in an inning, the winner of each inning, etc. These options are in addition to the moneylines and spreads changing in real time as well.

The DraftKings app also now boasts a game-tracker feature similar to what you’d find on the MLB or ESPN app that displays the score, inning, pitcher, hitter, runners on base, and count of each at-bat. It even has a virtual strike zone to show where each pitch crossed the plate, as well as which pitch was thrown.

This in-depth analysis of each individual game gives all the information they need to place their bets without switching to a different app or searching the internet.

“Given DraftKings’ successes in driving fan engagement and immersive experiences, we’re looking forward to an expanded partnership and further collaboration on engaging products,” said MLB VP Kenny Gersh. “Buoyed by our collective commitments to drive innovation in the U.S. sports betting marketplace, the tools provided to DraftKings—including fast, rich and reliable data feeds and MLB brand marks—will be central to creating these powerful new ways to consume and connect with our sport.”

Why It’s Good for the Game

As much as DraftKings and sports bettors stand to gain from this deal, Major League Baseball should benefit just as much.

Frankly, America’s pastime has become less popular in recent years due to the game’s naturally slower tempo and lower scoring games. Since 1984, all five of the least-watched World Series have taken place in the last 10 years, with last year’s being the fourth-least. That may come as a surprise, as both teams in that series were storied franchises hailing from large media markets (the Boston Red Sox and the Los Angeles Dodgers). But it just goes to show how general interest in the MLB has dropped in the past few decades.

With deals like the one with DraftKings, the MLB may have found its savior. Live betting is becoming vastly popular in baseball, which brings a lot more attention to the sport. And baseball was made for this technology. First, it serves up the most games-per-season of any professional sports league. Second, the slower pace of the sport, which may have been considered a liability in the past, actually allows more time for fans to select live bets. And that makes the MLB a bettor’s dream come true. America’s game may be on course for a possible resurgence.

The deal between the MLB and DraftKings has already proven mutually beneficial. And it holds out the promise to pay even greater dividends in the long run. With live sports betting seemingly on the brink of enormous success, both sides did well to secure their spots at the forefront of the industry.

Your Turn to Score!

Don’t miss your chance to bet on the next big game! Try your luck at some of the best sports betting sites in New Jersey.