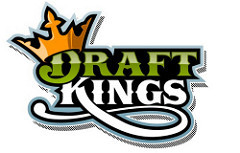 Daily fantasy sports site DraftKings says it suffered a denial of service attack in August and has sought a court order allowing it to search out the identities of the attackers.

A federal judge in Massachusetts issued an order allowing DraftKings to seek the identities of those who launched the attack. The company says it has traced the IP addresses of the attackers and can now subpoena the service providers for those addresses.

The company says the attack overwhelmed its site for more than 20 minutes with three times the number of requests for information it normally receives.

The company said the attack does not seem to be connected to its recent launch of a sports book in New Jersey and that no confidential customer or company information was stolen.

In another story concerning the company, reports have surfaced that DraftKings is close to completing a $200 million investment round, but no details have been released. The influx of cash would come as the NFL season gets underway, which is the busiest time for daily fantasy sports play as well as for its new sports book.