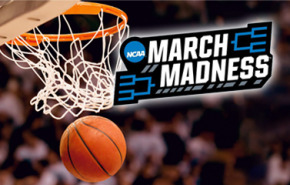 Madness, madness, don’t stop the March Madness. Credit the NCAA for stretching its post-season basketball tournament long enough to own the sports world this month. As you read this, the long list of potential weekend bets loom.

That said, you know better, or perhaps bettor, than anyone that the first weekend provides most of the wagering bonanza. As a field of 68 dwindles to 16, this is adrenaline overload. And, adroit calculation. The early tournament stage features excellent opportunities for betting dogs, with some unheralded teams winning or covering their first two games.

How do you find an angle?

Some considerations: the No. 1 seeds are 128-0 against the number 16s, but if you believe a team is a false favorite, the reckoning will likely occur in the second round. Watch for an opening there. Bear in mind that upset winners from the 15 through 13 slots normally struggle in the second round, but the No. 12 seed flashes upside. In the opening round, 12th-seeded teams are live dogs, with fully more than one-third of them winning games outright. Twenty out of 46 first-round winners have captured a second game out of the 12th seed. Although the second-round point spread may be square, and offer no edge, teams in this position often over-achieve.

A hunch: Seton Hall lost by just two points to No. 1 ranked Villanova in the Big East semifinal, a full month after losing by 22 points to the same team. Momentum swing?  Was that close setback the emotional wall for Seton Hall, or will the Pirates go on a run?

More than $10 billion will be wagered throughout March Madness, about 97 percent of it illegally through offshore websites and bookies, according to the American Gaming Association. It underscores the reality that wherever people gamble, government officials see the money and wonder how to obtain it.

Assemblyman Ralph Caputo, D-Essex, who supports legalization regulating the contests that cleared a state Assembly committee in January, said he was encouraged by the figures. Any revenue source in cash-starved New Jersey will be taken seriously.

It’s good for the discussion to be open and for potential roadblocks to be removed.

Professional sports, meanwhile, actually justify DFS by complaining about gamblers tarnishing their image while they reap money from their own fantasy pools. It recalls the “Casablanca” scene when the inspector says he is shocked to find gambling on the premises just before someone tells him, “your winnings sir.”