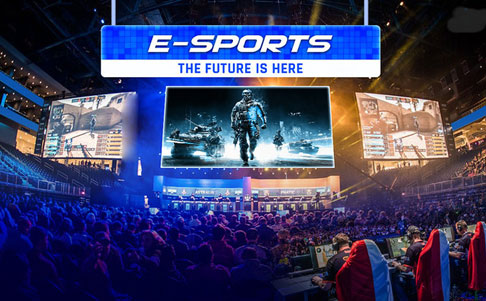 The BLAST Premier Spring Final is a Counter-Strike: Global Offensive tournament powered by Betway, CS. Money, EPOS and L33T Gaming. This popular tournament has a prize pool of $425,000 and takes place in the Altice Arena in Lisbon, Portugal from Wednesday to Sunday, June 15-19.

The tournament features groups of four teams in a two-double elimination format, with the top three teams from each group advancing to the playoffs. The group stage winners will advance to the semifinals, while the runners-up and third place will go to the quarterfinals as high seeds and low seeds, respectively.

As one of the most anticipated tournaments of 2022, the BLAST Premier Spring Final currently has eight of the world’s best esports teams and players lined up:

These teams will battle it out in one of the most competitive CS: GO scenes for the chance to win the championship. The $425,000 prize pool will be shared as follows:

Start your week with a $10 free bet at BetMGM when you opt in to the Money Monday Club. Then receive the $10 free bet when you place a total of $50 in qualifying wagers during the previous week. 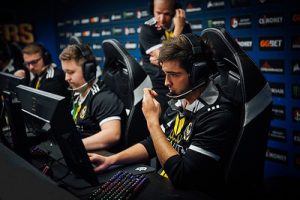 Bringing players such as Danny “Zonic” Sørensen, Emil “Magisk” Reif and Peter “Dupreeh” Rasmussen to Team Vitality was a good move. They are excellent players and great additions to the organization. Another good idea was installing Zonic as coach.

It could take time for the team to adapt to its new members. There’s also a cultural clash between the original French players and the new Danish members. As a result, fans have been cautious when it comes to expectations.

However, despite the team’s struggles against G2 and FaZe Clan, the Vitality squad still managed to finish the Spring Groups on a high note. Dan “apEX” Madesclaire had a fantastic tournament, while the other team members, such as Herbaut and Dupreeh, are still very much alive and at peak performance. 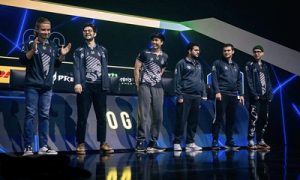 In late January, G2 revealed that it was trading with OG. The team then announced that its in-game leader (IGL) Nemanja “nexa” Isaković would be moving to OG, switching places with OG’s IGL. At first, it seemed like a good move for both parties, as G2’s new IGL would lead a world-class team while Isaković would be able to play with less pressure. This may have caused OG fans to doubt their performance, but this wasn’t the case.

The team we saw at the Spring Groups was much better than expected. Members played some of their best Counter-Strike, and Isaković was the main fan focus. Shahar “flameZ” Shushan and Valdemar “valde” Bjørn Vangså both had a great tournament, but it was Isaković who stole the show. 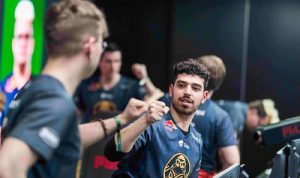 The Finnish esports organization ENCE has also shown great promise from the Spring EU Showdown. The team has shown potential in several CS: GO tournaments and now has a chance to prove itself at the BLAST Premier.

Its roster changes have made the team one to look out for in the BLAST Premier Spring Finals. Marco “Snappi” Pfeiffer, Lotan “Spinx” Giladi, and Pawel “dycha” Dycha all signed a two-year contract extension with ENCE, and fans look forward to how they will perform in the finals.

BIG was formed by the former NRG Esports players Fatih “gob b” Dayik, Nikola “LEGIJA” Ninić, and Johannes “tabseN” Wodarz. Although they came in fourth to sixth place in the BLAST Premier Spring Groups, they have performed exceedingly well in other CS: GO tournaments this year.

Their captain, Dayik, has led the team well so far, and they’re sure to stand their ground in the Finals. 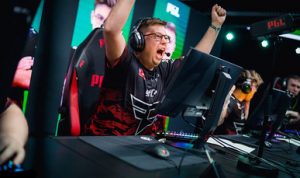 One of the most talked-about roster moves during the recent shuffle season was the departure of former MOUZ player Robin “ropz” Kool to FaZe Clan. With this move, the team was finally looking like it could be a contender. Ropz was joining a group he could eventually be a part of, and was also reunited with his former captain, Finn “karrigan” Andersen.

The addition of ropz has undoubtedly done wonders for FaZe. Not only is he playing well, but the entire team is also starting to flow better. The team still has a few minor issues that it has to address, but is looking much better than in 2021. 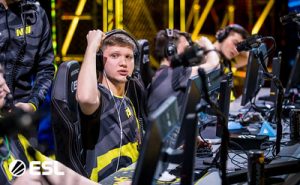 Na’Vi was expected to have an easy time in the Spring Groups. Without Gambit, no team would have a chance against them. As the favorites of the group, it seemed victory was already in the team’s hands. But in its first match, Na’Vi was defeated by MiBR, which was playing with a stand-in. This wasn’t a matter of luck, but the fact that Na’Vi failed to answer its opponent’s plays.

After losing to MiBR, Na’Vi faced Astralis, which also defeated Oleksandr “s1mple” Kostyliev’s and his squadmates in their second group stage match. This result put the team at the bottom of its group, and things weren’t looking good.

But Na’Vi came back full force, defeating Team Liquid 2-0 in a best of three games. Na’Vi still wasn’t at its best. Despite the efforts of s1mple, the rest of the team struggled, making some sloppy plays. This didn’t stop the team from pushing forward and working to make fourth to sixth place in the Spring Groups. 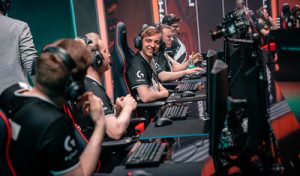 In 2020, G2 Esports made a massive transfer by acquiring the talents of former Faze Clan player Niko. Together with his cousin, huNter-, the team has set high expectations for itself ever since.

G2 has shown potential in previous years, but unfortunately, the team couldn’t fully live up to its expectations. G2 had its moments, but ended up finishing behind Faze Clan and OG in the Spring Groups 2022.

Despite that performance, G2 managed to finish in the Top 4 in the group. Fans still believe that the Spring Final could be the tournament where this team finally reaches the World Final. 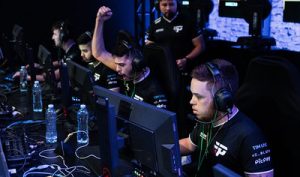 This is another team to look out for from the Spring AME Showdown. The tournament for paiN Gaming was supposed to be a failure since its opponents included groups such as Team Liquid and MIBR. Regardless, the wards of rikz managed to beat both its opponents, defeating Liquid with a score of 2 to 1. They then faced off against the members of MIBR in the Semifinals, where they won with a score of 2 to 0.

In the tournament’s final match, paiN faced off against an experienced team on the Vertigo map. They had to do everything they could to close the game and take the lead in the series. This allowed paiN to maintain peak performance, winning the tournament and qualifying for the BLAST Premier: Spring Finals 2022.

The teams most likely to come out on top at the BLAST Premier Spring Finals are Faze, Vitality and OG Esports. These teams have shown great potential and cleared every doubt about them. Here’s why each team has a chance to be crowned champions of the BLAST Premier.

One of the biggest concerns that the team had going into 2022 was the form of Håvard “rain” Nygaard. After a strong performance at the Spring Groups, he’ll be able to have a much better year. With this, Faze Clan will undoubtedly be amongst the top teams, if not the winners, depending on how well the entire team performs.

Although in its early days, the Vitality team does not show any signs of slowing down. There were no hiccups in the team’s performances during the Spring Groups, and they plan to keep this momentum going into the BLAST Premier Spring Finals. The key to this team’s success will be if Kévin “misutaaa” Rabier and Emil “Magisk” Reif can regain their usual playing level.

Team Vitality’s impressive performance at the Spring Groups has made people forget their initial doubts about the team. However, a lot of work still needs to be done by both Zonic and apEX to prepare for the upcoming event.

It’s hard not to be excited about OG’s roster, as it showed peak performance in the Spring Groups. However, holding out our expectations is essential as the team has repeatedly demonstrated that one event doesn’t mean much for the future.

Regardless, OG Esports is sure to come to the BLAST premier Spring Final with full force as a top contender, and they just might come out as the champions.

Matches will be streamed on BLAST Premier’s official Twitch and YouTube channels.