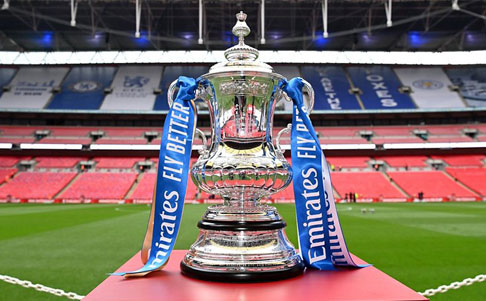 With the FA Cup about to trim down to four teams, we project which will move on in this weekend’s quarterfinals.

This weekend, eight teams will move from the quarterfinals to the semifinals of the FA Cup, the world’s oldest soccer competition. The semifinals, scheduled for April 16, will determine who plays for the championship on May 14.

Of the eight remaining, six teams are in the Premier League: Crystal Palace, Chelsea, Everton, Southampton, Manchester City, and Liverpool.

Here we look at all four matches and pick the best bets for one match on Saturday and three on Sunday. 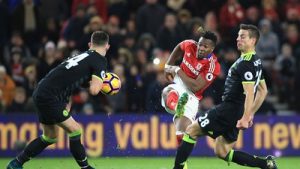 If one non-EPL team will advance to the semifinals, it should be Middlesbrough. Middlesbrough isn’t as talented on paper as Chelsea, but it doesn’t have the distractions the EPL club has endured the past three weeks. Chelsea is owned by Russian oligarch Roman Arkadyevich, who’s been under siege since his country invaded Ukraine. Arkadyevich has been banned by the EPL and his assets have been frozen by the U.K. government. He’s also being forced to sell the team.

The team’s most recent controversy was strange even by Chelsea standards. The club requested that its quarterfinal match against Middlesbrough be played without a crowd. Team members argued that since the game was at Middlesbrough, and there would only be a handful of Chelsea fans, it was unfair.

The request was ridiculed by those in the soccer world, along with some government officials. Chelsea pulled the request hours after the demand, but the damage to its reputation was done.

Will that effect the team on Saturday? Oddsmakers don’t think so, but it might be worth a flyer since Middlesbrough is getting +625 odds. The team has defeated Tottenham and Manchester United, so knocking off another EPL team wouldn’t be a total shock.

Place an EPL One Game Parlay at BetMGM, and get up to $25 back in Free Bets if you miss one leg. Pick your favorite showdown featuring clubs like Chelsea, Manchester United, Liverpool and more. 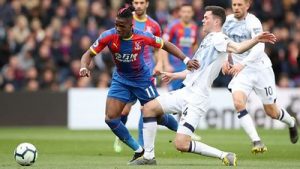 The quarterfinal with the tightest odds is Everton vs. Crystal Palace. Everton is at +220, while Crystal Palace is fetching +105.

Everton hasn’t beaten Crystal Palace since September 2020. In the previous two matches, the team had a draw (1-1 last April) and lost (3-1 three months ago). Crystal Palace has the higher position in the EPL Standings: it’s 11th, while Everton is 17th, fighting off relegation.

Everton might drop down to the Champions League after this season, and reaching the FA Cup semifinals would be a nice consolation prize. But that doesn’t look likely right now. Crystal Palace should be able to keep Everton in check and advance.

One bet that does make sense is the over. The total is set at 2.5, and with the last match between the two going over, getting +115 odds for it happening again is a great value bet.

The Golden Lines Daily Odds Boost gets you closer to goal. Check out enhanced odds and specials every day at Golden Nugget Sportsbook. 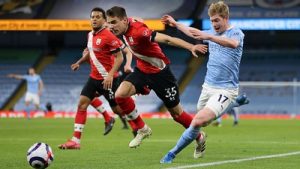 This isn’t the best time for a Southampton slump. The team, 10th in the EPL standings, has lost three straight, including a 2-1 home defeat to Watford, which is fighting off relegation.

Now Southampton is hosting the best team in the league, and not even Manager Ralph Hasenhuttl is optimistic the Saints can defeat Manchester City. Hasenhuttl told reporters his team is “not that robust. So there’s a lot of work to do.”

Southampton forward Mohamed Elyounoussi admitted the team needs a much better performance if they are going to upset Manchester City. “I can sense a feeling that we want to bounce back as quickly as possible,” Elyounoussi said. “We need to find the solution for the next one [FA Cup quarter-final against Manchester City] because against those teams, they’re always going to make it difficult for you.”

Oddsmakers don’t see that happening. Southampton is +850 to upset Man City, who is -375 to win.

A better bet might be on the total, which is set at 3.5. In the previous two matches between the teams, the scores were 1-1 and 0-0. The under is at -175, which is the best value in this lopsided match. 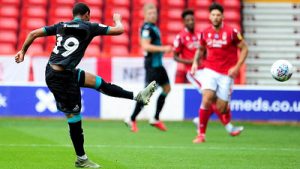 This has been a dream run for Nottingham Forest, which has upset Arsenal, Leicester City, and Huddlesfield to reach the quarterfinals. Now the team faces its most daunting opponent yet in Liverpool.

Nottingham Forest, which is in the Championship League, is a +875 underdog, the longest odds of any team in the quarterfinals. It’s true the team shocked Arsenal, but taking down Liverpool might be too much to ask.

The only wrinkle is that Liverpool is just four points behind first-place Manchester City in the EPL. Manager Jurgen Klopp might choose to rest some of his stars and hold them out of Sunday’s match with Nottingham Forest. If that happens, the underdogs have a puncher’s chance.