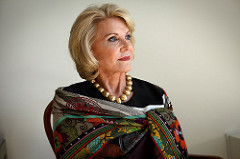 Gaming industry veteran Philip Satre, who as chairman and chief executive of Harrah’s Entertainment, led one of the most successful and admired companies in the history of U.S. casinos, has been named vice chairman of Wynn Resorts.

The appointment, a prelude to Satre’s expected elevation to chairman by the end of the year, caps a six-month battle by Elaine Wynn, the company’s largest shareholder, to clean house, as she sees it, after its founder, her ex-husband Steve Wynn, was forced to resign as chairman and CEO and sell his sizable shareholding in the wake of accusations that he routinely preyed on female employees for sexual favors.

Ms. Wynn, who vigorously campaigned for Satre’s appointment, said, “I have long respected Phil as a leader in the gaming industry and am confident that his addition to the company’s leadership team, coupled with the plans laid out by management, will bring the company tremendous success in the years to come.”

Satre, who resigned as chairman of slots and systems giant International Game Technology to join the Wynn board, said he was “honored” by the appointment.

“I applaud the efforts by management and the board to respond to the current challenges faced by this otherwise first-class enterprise,” he said. “The strength of the current board of directors, combined with the leadership of (CEO) Matt Maddox and his team, give me confidence that the future is bright for Wynn Resorts.”

Satre also is chairman of Nordstrom and has served on the boards of Tabcorp Holdings and Rite Aid Corp. and is a past chairman of NV Energy. He is president of the National Center for Responsible Gaming, a cause that Harrah’s championed during his tenure. As a result of his appointment to the Wynn board, he resigned as the chairman of slot giant IGT, replaced on an interim basis by the vice chairman, Lorenzo Pellicioli.

As Wynn chairman he will replace D. Boone Wayson, a family friend of Steve Wynn’s who served in prominent roles in all of Wynn’s companies dating back to the Golden Nugget. He will remain a director. He characterized Satre’s appointment as “the result of a collaborative effort” with Ms. Wynn and “the beginning of a constructive and unified effort by all parties to move the company forward.”

“Our goal is to give the management team, led by CEO Matt Maddox, an opportunity to grow and develop this company to its greatest potential,” Wayson said. “Phil’s insight and guidance will be invaluable as we move forward. I am proud of our accomplishments and am pleased that someone as outstanding as Phil will succeed me in the role as chairman.”

However, the two have not always seen eye to eye, especially in recent months as Mr. Wynn pushed relentlessly for a purge of a board she claimed was rife with cronyism and functioned for years as nothing more than an appendage of her ex-husband’s will.

In winning his appointment Ms. Wynn has agreed to enter a “Standstill Period” that ends in 2020 or if Satre leaves as chairman. Its provisions include her agreement to cap her ownership stake at her current 9.9 percent and prohibits her from involvement in any efforts that could lead to a takeover or merger of the company. She has agreed also not to nominate anyone to the board or seek to add additional members, not to enter a proxy fight or seek to influence board members or senior management and to vote her shares in accordance with the board’s recommendations.

It represents an end to hostilities that began more than six years ago when her efforts to assert an independent voice in Wynn Resorts’ affairs led to her ouster from the board in the midst of a protracted courtroom battle with her ex-husband to regain voting control of her shares, which she’d effectively ceded as part of their 2011 divorce settlement at a time when Wynn was anxious to nullify the influence of Japanese machine gaming tycoon Kazuo Okada, who had bankrolled the company’s IPO. Okada, who was then vice chairman, held a potentially commanding 20 percent of the equity while Wynn owned a little more than 12 percent. By that time, he and Okada had fallen out over his opposition to Okada’s pursuit of a resort casino in Manila. Okada would be ousted from the company shortly after and his shares forcibly redeemed when the project became embroiled in a bribery scandal in the Philippines. And he was arrested last week in Hong Kong on a “corruption complaint.” (See cover story)

Significantly, it was during the Wynns’ legal fight that Mr. Wynn’s alleged sexual misconduct first came to light when Ms. Wynn’s lawyers revealed the existence of a secret $7 million payment to a former Wynn Las Vegas manicurist. Ms. Wynn claimed the board and members of upper management—notably long-time General Counsel Kim Sinatra, reputedly Mr. Wynn’s No. 2—knew of the payment, and possibly others, and for years had been suppressing complaints registered by his alleged victims.

Then at the end of January of this year an explosive Wall Street Journal story hit containing first-hand testimony from several women detailing the sexual harassment they claimed to have suffered at the casino mogul’s hands, and suddenly Mr. Wynn and Wynn Resorts were in trouble with regulators in Nevada and Massachusetts, where the company’s license to develop a $2 billion-plus resort outside Boston was now in jeopardy.

After vehemently denying the accusations, Wynn resigned two weeks after the story appeared. Within a month, two directors followed him out the door, and a third stated his intention to leave at the end of his term next year. The board responded by quickly replacing them with three business leaders, all women, bringing the board’s female composition from one to four.

Ms. Wynn, claiming the company planned to sell the Boston project to avoid further scrutiny, pressed for more change, and with the annual meeting approaching in May, launched a proxy fight for a no-vote on the re-election of director John Hagenbuch, an Idaho businessman and another close associate of her ex-husband’s, and for the annual election of all directors. Hagenbuch quit, as did former Nevada Governor Bob Miller.

At that point, Sinatra’s position had become untenable. In June, she announced her resignation, which became effective July 15, in exchange for $1.8 million in severance and an agreement to “cooperate with the company and regulatory authorities regarding any outstanding matters” in which she was involved, according to a company filing.