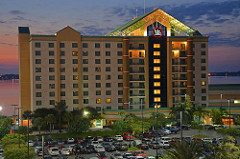 Eldorado Resorts and the Stars Group will partner for online sports betting and iGaming in the U.S.

A further equity stake may be provided to Eldorado after five years, based on the group’s net gaming revenue generated in Eldorado’s markets, the value of which will come at a fixed ratio based on $23.22 per TSG share, according to a report at businesswire.com.

The Stars Group will be able to access Eldorado’s online sports betting, gaming and poker through “skins,” a branding of different sites under Eldorado’s brands.

The Stars Group will operate under Eldorado’s licenses using its online brands and sports technology services while Eldorado will provide access to its government relations personnel as the Stars Group seeks new licensing. Eldorado’s suppliers will equally share all costs related to licensing and permitting, the report said.

The agreement gives the Stars Group the foundation for its U.S. strategy, CEO Rafi Ashkenazi said. Combined with its prior agreements, the group could be able to operate online poker, casino games and sports betting in 13 states as each legalizes online sports betting and online casinos, the report said.

Meanwhile, bookmaker William Hill remains Eldorado’s exclusive provider for land-based retail sports wagering under a previous deal and has reportedly signed off on this deal with The Stars Group. William Hill U.S. will share in the economics of The Stars Group transaction and will have access to Eldorado’s platforms for online sports betting in all states, the report said.