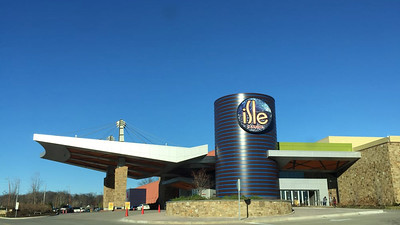 The deal is done: Eldorado Resorts has sold its Isle Casino Cape Girardeau (l.) and Lady Luck Casino Caruthersville in Missouri and Mountaineer Casino Racetrack and Resort in West Virginia. Selling the Missouri properties will avoid federal antitrust complications as part of the sale of Caesars Entertainment to Eldorado for $17.3 billion.

The Missouri casinos could have faced federal antitrust issues as part of the $17.3 billion sale of Caesars to Eldorado. The combined new entity will operate 60 casinos in 18 states.

Eldorado CEO Tom Reeg said, “The agreements to divest Mountaineer Casino, Isle Casino Cape Girardeau and Lady Luck Casino Caruthersville are consistent with our continued focus on reducing debt ahead of the expected closing for the Caesars Entertainment transaction in the first half of 2020.”

Century Casinos Co-Chief Executive Officers Erwin Haitzmann and Peter Hoetzinger said in a joint statement, “We are very excited to be expanding into Missouri and West Virginia. Cape Girardeau, Caruthersville and Mountaineer are great additions to our portfolio. We look forward to working with the staff and communities to continue the current success at these properties into the future.”

VICI President John Payne said the transaction brings more diversification to the company’s tenant roster and adds a new market in West Virginia. “We are excited to partner with Century, as they are expert operators of small to mid-sized regional assets and we look forward to supporting the Century team in further growing their U.S. regional gaming platform,” Payne said.

Century Casinos acquired the operations of the three properties for $107 million, and VICI Properties acquired the land and real estate for $278 million. Century will operate the casinos under a master lease with an initial total annual rent of $25 million and an initial term of 15 years, with four five-year tenant renewal options.

Eldorado and Caesars shareholders and the Missouri Gaming Commission previously approved the merger. According to the agreement, Eldorado will pay $8.40 per share in cash and 0.0899 shares of Eldorado stock for each Caesars share, or $12.75 per share. The combined business will be called Caesars and its shares will be traded on the Nasdaq.

Both companies pledged to reduce the number of casinos in markets where federal anti-trust issues could exist, and to reduce overall corporate costs by $500 million. Current Caesars CEO Tony Rodio said the company expects to reduce costs by $75 million to $100 million by the time the deal closes.

As part of the merger, Caesars sold three Harrah’s brand casinos in Atlantic City, Laughlin, Nevada and New Orleans to VICI Properties for a combined $1.8 billion. VICI will lease the operations back to Eldorado for total annual rent of $154 million.