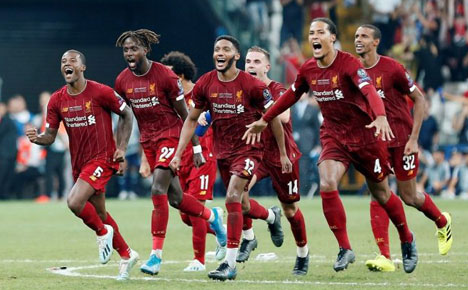 Twelve matches into the season, it’s looking good for Liverpool FC to be a contender for the crown. But the title-holder is not at all assured. Check these EPL value bets.

The English Premier League is 12 matches into the season, and 26 contests per team remain before a champion is crowned. The odds on which team will win the title has changed from September, with the favorite seeing its odds tighten.

Defending Premier League champion Manchester City was the top pick at -150 at PointsBet to repeat as the top team in the EPL before play began on August 13. The team dropped its first match to Tottenham, but came back with five goals in the next two games to Norwich City and Arsenal.

Manchester City kept it going through October, but despite defeating Chelsea 1-0 in September, now find themselves a game behind that team. Chelsea has seen its odds go from +275 before the season to +230. For bettors, Chelsea may be the best option.

Meanwhile, here are some other wagers in the Premier League that might have better value: 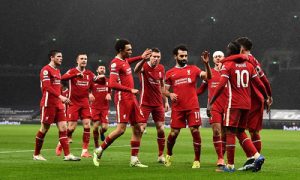 Liverpool FC is +450 to win at Caesars Sportsbook, and if it finished the season at the top, it wouldn’t be a total shock.

The club had a difficult season last year, as injuries plagued them all year. Despite numerous setbacks, however, Liverpool was in first place in December. They didn’t stay at the top for long, and sputtered in the second half of the season. Still, they finished third overall.

The 69 points amassed by Liverpool was the lowest for Manager Jürgen Klopp’s club since he took over in 2015.

Liverpool has the top two goal scorers in the EPL” Mohamed Salah has 11, and Sadio Mané has seven. Diogo Jota has five and Roberto Firmino has four. Can the team continue that level of production? If so, they should be in the mix at the end of the year.

West Ham to Finish in Top 4 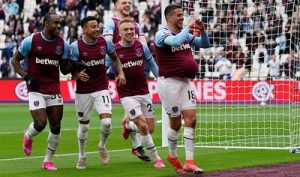 Liverpool, Manchester City and Chelsea are expected to comprise the Top 3, all with odds of -3000 or better at BetMGM to finish in the Top 4. The race for that final spot has some intrigue to it. Oddsmakers believe it will be Manchester United, which is at +120 to make the Top 4.

The team just fired its manager, parting ways with Ole Gunnar Solskjaer after a disappointing 5-2-5 start.

Betting on Manchester United to finish in the Top 4 might be too risky. A new manager has yet to be named. How the team will respond to Solskjaer’s assistant and interim manager Michael Carrick remains to be seen.

The reality is, Manchester United is currently in eight spots (in eight spots or in the eighth spot?), and the team will need to jump over four teams to get to the fourth. It’s not impossible, but it might be too risky for bettors.

One club ahead of Manchester United is West Ham United. They’re fetching +350 odds to finish in the Top 4. They currently hold that spot and have as many victories—seven—as third-place Liverpool.

West Ham has definitely been the surprise of the EPL so far. They had +12500 odds to win before the season. While claiming the title is a bit too much to ask, finishing in the Top 4 is a definite possibility.

Premier League betting is back at BetMGM—and so is One Game Parlay Insurance. Get up to $25 in Free Bets if you miss a One Game Parlay (with at least four legs) by one leg.

Burnley to be Relegated 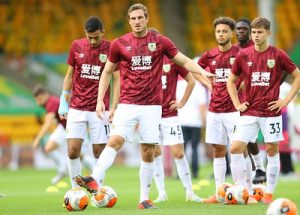 Three teams will be sent down after the season, and oddsmakers believe Norwich and Newcastle are the favorites to be relegated. Norwich is at -400 odds, while Newcastle, winless through 12 matches, is at -135.

Burnley, currently the third worst team in the EPL, should stay at the bottom. The team performed impressively against Crystal Palace and Chelsea, earning draws in both, but sustaining that play could be an issue for them as the season goes on.

Another dynamic is the status of star defender James Tarkowski. West Ham and Leicester City are in a vigorous competition to get Tarkowski in a transfer. If he leaves midseason to go to another team, it’ll present defensive challenges for Burnley.

Regardless of what happens to Tarkowski, Burnley is +100 to be relegated, and all indications are, the team should be among the bottom three at the end of the season.

Boost your personalized parlays every day of the EPL season at PointsBet! Get 1 Boost on Traditional Parlays and 1 Boost on Single Game Parlays.

No Turkeys in Thanks