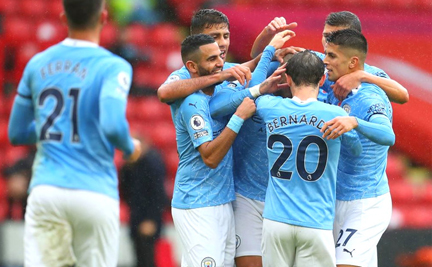 So far, most of the English Premier League soccer season has been free of drama or surprise. But grab your popcorn. It’s time for some relegation drama.

The majority of the 2020-21 English Premier League soccer season has been free of drama, on both ends of the table. Manchester City has reverted to its customary ruthlessness under a reinvigorated Pep Guardiola, opening up an 11-point lead over its closest pursuer, Manchester United.

But what’s this? Is there actual relegation drama? Should we start the popcorn and revel in the always entertaining and feral battle for 17th place? Let’s kick it around and delve into the EPL mid-season analysis. 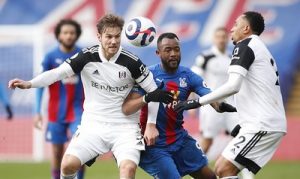 Through most of the winter, the term “relegation scrap” has been an oxymoron in the English Premier League. Fulham, West Bromwich Albion and Sheffield United were uncomfortably ensconced in 18th, 19th and 20th places, respectively. Fulham hasn’t been out of the relegation zone since early December, after dropping a 2-0 decision to Man City.

But now, Fulham’s seen a ray of light, and for once, it isn’t an oncoming train. After leaving Liverpool reeling 1-0 last weekend, Fulham pulled even with 17th-place Brighton and Hove Albion with 26 points. The Cottagers still reside in 18th place on goal differential (minus-11 to Brighton’s minus-8).

Better yet, Fulham sits only 1 point behind 16th-place Newcastle—with a better goal differential. If the Cottagers get really ambitious, 15th-place Burnley sits only 4 points above them.

As a result, Fulham’s relegation odds jumped to 17-10. The Cottagers can thank February for their reversal of fortune. Fulham has lost only two games since February 3—2-0 on that day to Leicester City, and 1-0 to a sizzling Tottenham team last week. They’re 3-3-2 since that Leicester City loss, and 3-2-1 over their last six games, allowing only two goals in those last games.

Keep up to date with Premier League at iGamingPlayer! Click here for our EPL archive.

Can Newcastle Find the Net? 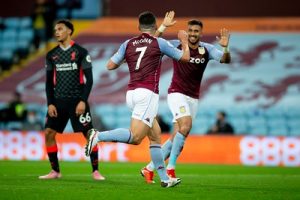 Newcastle, meanwhile, set English Premier League soccer back to the Pleistocene Era last weekend. The Magpies tied West Brom 0-0, in a truly unwatchable game. There was probably more action from viewers changing the channel than from anything that happened on the field.

How bad a game was this for Newcastle? Well, this is a West Brom team with the worst defense in the Premier League. The Baggies’ minus-36 goal differential is seven goals worse than the next-worst team (Sheffield United). And the news gets worse. That atrocious goal differential includes serving up 33 goals at home: 11 more than the next-worst team.

Yet even against that matador defense, Newcastle couldn’t find the back of the net. As a result, its relegation odds dropped to even-money at some sportsbooks. The Magpies are the third-favorites to go down, behind virtual slam dunks Sheffield United (1-100) and West Brom (1-50). And consider manager Steve Bruce collateral damage here. He’s currently a 7-4 favorite to be the next Premier League manager sacked.

There’s good reason to pile on Newcastle. Over their last 16 games, the Magpies are 2-4-10. They’ve yielded 28 goals in the span, scoring only 13. Even bottom-feeders Sheffield United (13 points) and West Brom (12) have more points than Newcastle’s 10 over that span.

Create a new player account at PlaySugarHouse.com, and you’ll get a 100% first-deposit match up to $250! 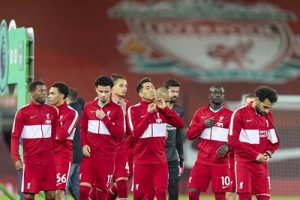 While we’re piling on, let’s save a few shovelfuls of dirt for Liverpool. Yes, Liverpool. Over the last month, the defending Premier League champions licked a stamp and mailed in this season. The Reds currently sit in eighth place with 43 points. Forget the 22-point differential between Liverpool and Manchester City. The Reds stare up at the likes of seventh-place West Ham (45 points) and—horrors for Reds fans—fifth-place Everton (46), their blood rivals.

Liverpool is actually closer to the 12th-place Wolverhampton Wolves (35 points) than third-place Leicester City (53 points). And you don’t need Scotland Yard to figure out why. The 1-0 loss to Fulham gave Liverpool its sixth consecutive home defeat, a span that includes 1-0 defeats to the likes of 17th-place Brighton and 15th-place Burnley. Liverpool would’ve blown both of these off the pitch without breaking a sweat last year. The Reds are 1-0-5 in their last six, getting outscored 11-4 along the way.

When the calendar flipped to 2021, Liverpool sat atop the English Premier League. Since the New Year, the Reds are 3-1-8, which neatly explains the freefall from first to eighth.

Make your first sports wager of $20 or more at BorgataOnline.com, and you’ll get $100 in free bets. Just sign up and deposit into your new player account, and you’re good to go.

Liverpool gets Wolves this weekend before the two-week international break. Given the Wolves’ current form, unbeaten in their last six (3-3-0), the break couldn’t come at a better time for Jurgen Klopp’s squad. In that six-game span, the Wolves allowed only three goals. They’ve amassed more points in those last six games (12) than Liverpool has in twice as many games (10) this calendar year.

The lessons here? Two-fold. First, form may not be everything when analyzing the ever-fluid Premier League, but it’s a good trend to start with. Second? Drama may return when you least expect it.

Our EPL mid-season analysis has highlighted a few teams struggling with life in 2021. But keep an eye on the Wolves—they’re a small team with big potential—as well as Leicester City, which surprised all but the most loyal fans by winning the English Premier League in 2015-16.