HomeThe ShuffleEPL Teams to Rule in FA Cup Round 4

EPL Teams to Rule in FA Cup Round 4 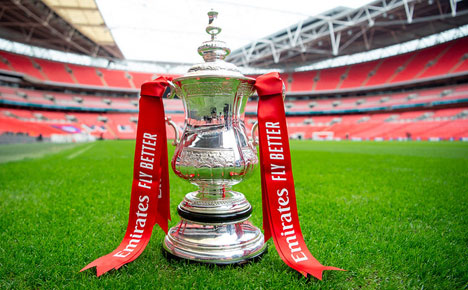 Seventeen English Premier League teams are still in action as the fourth round of the FA Cup begins. Here are some bet-worthy matches and picks.

The fourth round of the FA Cup starts Friday, with 16 matches running over the weekend. The world’s oldest soccer tournament, which utilizes a knockout format, will host a fifth round followed by a quarterfinal in March, a semifinal in April and the final in May.

The defending champs, Leicester City, won their only FA Cup by defeating Chelsea, 1-0. This Sunday, the team faces Nottingham Forest, England’s oldest soccer club, which upset 2020 winner Arsenal in the third round, 1-0.

Plenty of English Premier League teams remain in this competition—17 of 32 clubs. Not surprisingly, most are at the top of the betting board to win the cup. Manchester City is the favorite at +275 at Caesars Sportsbook. The club has won the title six times, most recently in 2019. Chelsea is at +500, Liverpool at +550 and Manchester United at +700.

Outside the EPL, the team with the best odds is AFC Bournemouth at +8000. The last non-EPL team to make the finals was Cardiff City in 2008; the last to win the FA Cup was West Ham, way back in 1980.

Before you place your bets, check out our picks for Round 4. 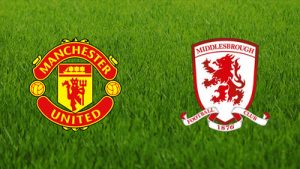 Manchester United is the fourth pick to win the FA Cup, while Friday’s opponent, Middlesbrough, is at +15000.

The odds are lopsided for this match. Manchester United is listed at -300, while Middlesbrough is at +970. The over/under is at 2.5 goals.

Man U might be able to reach the over by itself. The team hasn’t played since defeating West Ham, 1-0, on January 22, and is well rested.

Middlesbrough played a championship match against Coventry on Saturday, winning 1-0. It was their seventh victory in 11 matches since Chris Wilder was named manager in November.

This will be the first time Middlesbrough has faced a team from the Premier League. In last year’s FA Cup, the team was knocked out in the third round by Brentford, 2-1.

Middlesbrough can score against an EPL team, but winning? That’s doubtful. Rather than the terrible odds a gambler gets on Manchester United, it might be better to take the over in this match.

Bet your FA Cup favorites with the new Same Game Parlay at BetRivers. Just select a game, choose up to 12 legs, then enter the amount you want to wager. Find the Ideal Combo to win big!

No Upset for Norwich City 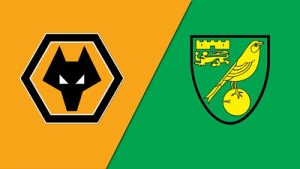 When Wolverhampton traveled to play Norwich City in late November, the teams played to a 0-0 draw. Norwich City outplayed the Wolves but couldn’t capitalize on several scoring chances.

The two meet again Saturday, but this time Wolverhampton should get the victory and advance in the fourth round. Oddsmakers have the team as the overwhelming -160 favorite, while Norwich City is listed at +490. A draw is at +300 and the over/under is 2.5 goals.

The Wolves seem to have busted out of their lull, winning four of their last six, with the last loss coming in mid-December. Norwich City has moved the opposite direction. The team has won its last two, but lost four matches prior to that.

In head-to-head matches, the Wolves have won two, Norwich City one, and there have been two draws.

Your next bet could be golden when you wager at Golden Nugget Sportsbook. Place your bet of choice on any sportsbook market (min. odds -200), and your stake is matched with a Free Bet up to $250.

Look for Scoring in Brentford-Everton Match 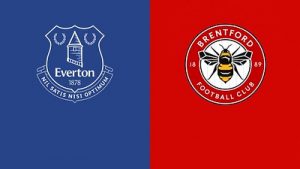 Both Brentford and Everton have been floundering this EPL season. Brentford is 14th in the standings, with Everton two spots below. Neither team is in serious danger of relegation, but neither has played well so far. Brentford has won just once in five games. Everton is winless in five games.

But one thing both teams have done is score goals. In the third round of the FA Cup, Brentford scored four goals over Port Vale, while Everton tallied three. The teams probably won’t have that kind of scoring proficiency when they meet on Sunday, but if each one posts half of their previous games goal total, they’ll go over the total oddsmakers set at 2.5.

The line for this game suggests a close contest, with Everton the slight +120 favorite to Brentford, which is getting +250 odds. While the match should be close, goals should happen, and the over should be achieved.

Insure your EPL One Game Parlay at BetMGM. Place a wager with 4-plus legs (max. 20 legs). Miss one leg on your first eligible One Game Parlay of the day, and you’ll get up to $25 in Free Bets!