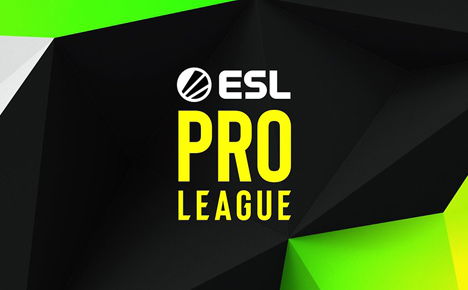 The ESL Pro League is at a peak of intensity. Here are three key battles and our winning picks.

The competition began in mid-August and is ongoing through September 12. Currently, three of the four groups in the group stage have already been played. Here are the results:

So far, the big surprise of the ESL Pro League has been OG, which won Group B by only losing two maps in all of its games. It’s too early to select a potential champion, but we’re keeping an eye on Heroic and OG.

NIP vs. Team One 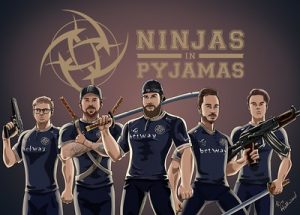 Ninjas in Pyjamas (NIP) and the Brazilian roster of Team One will be competing on the third date of group D.

In the first instance, we can conclude that NIP will take the match in a calm manner, since the European team brings a whole ’nother level of competition. But the Brazilian players could surprise them. They’re the current champion of the ESEA Season 37 NA, and this game will define the future of both teams in the ESL One Pro League.

NIP’s last tournament was the IEM Extreme Master Season XVl – Cologne, where it defeated Team Liquid. Unfortunately, the Ninjas were eliminated by Gambit Esports. Team One also participated at Cologne, but lost twice.

We believe NIP will win this game, depending on the outcome of its matches against Team Liquid and Entropiq.

Hey, esports fans! Get a free $5 game plus up to $100 instant match on first deposit at Monkey Knife Fight.

Team Liquid and Entropiq are competing Friday, September 3 at 10:45 ET.

Team Liquid will win the game without problems, but this will probably be the most surprising match of the day. Liquid has the most experience playing in tournaments, and has also played against the best teams in the world.

Entropiq is playing in the ESL Pro League for the first time and its inexperience could be detrimental. That said, Entropiq recently won the Malta Vibes Knockout Series #1, which is a great morale-booster.

Here, we believe that experience will be decisive in the match, and Team Liquid will win the game. We hope that Entropiq can take advantage of its unknown status in the tournament. Whatever happens, it will be a good first experience for them.

Gambit and Furia Esports will close out the third day of Group D. This will probably be the closest match of the day, as both teams had great performances in both of their last outings.

Gambit Esports is considered the second-best team in the world in the ESL World Ranking, while Furia is way down in 12th place. Here, Gambit can take advantage of Furia, which is considered a stand-in for this tournament.

Since Furia won’t compete with its full roster, it might be at a disadvantage. For this tournament, Gambit has hired Ivan “F_1N” Kochugov as its new coach. He can complement the great performance of the Russian team to help win Group D. However, Furia’s stand-in can refresh the roster and mesh with Lucas “Honda” Caro.

ESL Pro League contests will be broadcast on TwitchTV. For a complete schedule and channel listing, click here.