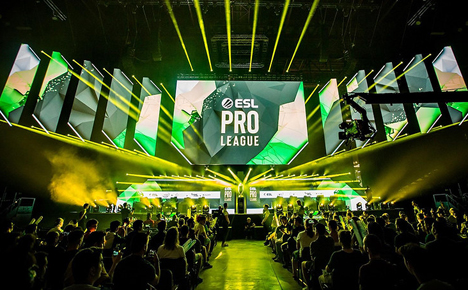 It’s the 14th season of ESL Pro League starting Monday, August 16. Here’s how the top players—and some possible spoilers—stack up.

The online Tier-S event will distribute $750,000 in prizes. Here’s how the teams stack up:

Heroic is starting at the top, because it was the champion of ESL Pro League Season 13. The team defeated Gambit Esports 3-2, in an incredible grand finale. The intense final match of the series featured 54 rounds.

Players Ismail “refrezh” Ali and Rasmus “sjuush” Beck, who joined the team in February, have really strengthened the lineup, and the same Heroic roster will attempt to become two-time champs. The team is in the Top 4 of ESL World Ranking, putting it at the top of our list.

Astralis is considered one of the best teams in CS:GO competitive history. Nowadays, it’s in the Top 5 of the ESL World Ranking, and is a strong candidate for the championship.

Astralis competes in the same group as Heroic, and will go up against them in Group A. This match will probably determine who qualifies for tournament quarterfinals.

Astralis’ roster is unchanged from the Intel Extreme Masters XVI in Cologne last month, and their last third-place finish there is an important thing to consider.

G2 Esports surprised everyone by coming in second place at IEM XVI, where they lost to Natus Vincere in an incredible match. It’s now in the Top 3 of the ESL World Ranking.

Since 2019, the roster has led with AmaNek, his captain, nexa, and huNter. The team has reinstated Jackz to its active roster, and Niko joined the team last October. G2 Esports belongs to this list because of its last international performance, and how it’s expected to compete with the star roster.

Gambit Esports is in the ESL World Ranking’s Top 2. The lineup includes nafany, sh1ro, interz, Ax1le and Hobbit. The team has been competing since October, winning four tournaments and one sub-championship.

We believe Gambit has a good chance to repeat the championship against Natus Vincere, as they did in the last Blast Premier: Springs Finals 2021.

Their previous success as a team makes them an excellent choice to follow in the tournament. But first, the team has to win Group C, where they’ll play FaZe Clan. Look for this to be the most intense match of that group.

Your esports source: iGamingPlayer covers all the big tournaments and killer teams. Read all about it right here.

A recent win at Cologne and the top spot on the ESL World Ranking makes Natus Vincere the favorite in every tournament they play.

The team includes Oleksandr “s1mple” Kostyliev, considered one of the best Awpers in the world. He dominated in his last participations with NaVi.

Natus Vincere is on a seven-game winning streak that could continue in the ESL Pro League. But first, the team has to win Group C, where they, too, have to play against the formidable FaZe Clan. This series is full of head-to-head combat.

European teams are on another plane compared to other regions, but we can’t forget about the American talent.

Team Liquid, Evil Geniuses, Furia Esports and Team One have all the talent they need to knock off anyone in the competition.

Furia Esports is in the Top 10, according to the ESL World Ranking. The organization recently hired Lucas “Honda” Honda and his assistant coach, Marcos “tacitus” Castilho, making the team more competitive.

With these new additions, Furia Esports won the Elisa Invitational Summer 2021 after defeating SKADE. This team has the potential to shock everyone in the event.

The Group Stage of ESL Pro League will be played in two phases: Group Stage & Playoffs. It’s divided into four groups, each with six teams, who will compete in a round-robin format. All matches will be Best of 3. These matches will take place at three different times:

The playoffs will consist of a single-elimination bracket. All matches will be BO3, except the Grand Final, which will be a BO5.