HomeThe ShuffleEsports: Is This the Future of iGaming?

Esports: Is This the Future of iGaming? 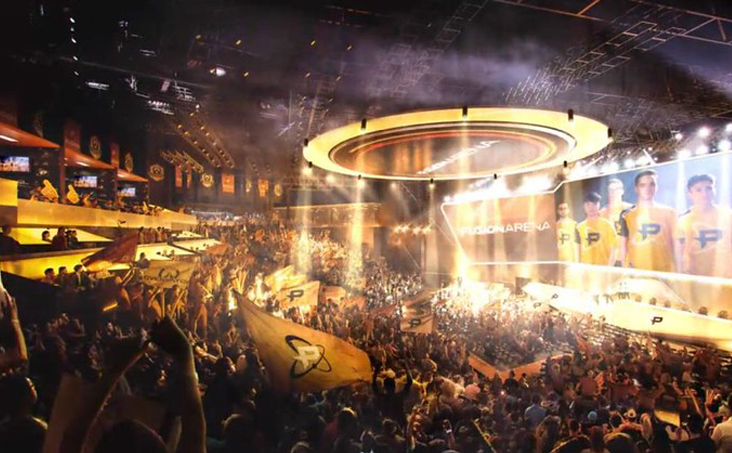 Gaming operators looking for new generations of players are looking at a growing phenomenon: competitive video games, or esports.

In 2015, talk show host Jimmy Kimmel famously compared esports to “going to a restaurant and having another person eat your food for you.”

The appeal of esports—basically, competitive video gaming—is usually lost on generations that didn’t grow up with it. But these days, Kimmel and others like him might not be so dismissive.

In 2018 the once low-profile pastime “really cracked into the mainstream,” according to Jack Etienne, owner of esports team Cloud9. Since then, esports has grown into a billion-dollar global industry. Nearly 100 million viewers watched last year’s League of Legends world championship, about the same number who watched Super Bowl LIV.

But do esports—in which banks of gamers hover at consoles, playing Fortnite, League of Legends, Call of Duty and other video games—have a place, niche or otherwise, in the online casino?

Jud Hannigan says yes. Hannigan is CEO of Allied Esports, which opened the first esports arena on the Las Vegas Strip in 2018. The HyperX Esports Arena at the Luxor drew some 300,000 patrons last year and hosted 245 events, as well as 45 third-party events, such as new-game launch parties.

“The Fortnite crowd knows to come in every Friday,” says Hannigan, who spoke to iGamingPlayer before the coronavirus shut down U.S. casinos. “The fighting-game community comes out every Wednesday. And on Saturday nights, we have our Mario Kart events.” The latter tended to draw older players, some from as far away as Los Angeles, and many dressed as the mustachioed Luigi.

Of course, these hotly contested games aren’t just onsite, Hannigan points out. “We’re a destination not only for participation, but high-profile events that are broadcast to millions of people around the world.”

Meaningfully, esports “grab a Gen-Z and millennial demographic that’s hard to reach—people 18-35—like nothing else out there,” he adds. “This is all the rage in the world of sports entertainment, and this is where significant growth is coming.”

Seth Schorr was ahead of the curve, opening an esports lounge at his Downtown Grand Casino in Las Vegas in 2016. At the time, Schorr said, “The landscape of gaming is changing, along with every other industry, because of advanced technology and consumer behavior. It’s my duty to keep Nevada relevant by changing with the times.”

If you ask Menashe Kestenbaum, esports is not a coming phenomenon, but one that’s clear, present, disruptive and potentially transformational.

“Around the world, there are 2.2 billion gamers,” says Kestenbaum, founder of Enthusiast Gaming, a gaming network spanning North America and the U.K., with 900 YouTube channels that reach 150 million visitors monthly. “At least a billion are on their phones; the rest are hard-core gamers who have a TV in the living room, hooked up to a console or a PC. It is definitely worldwide at this point.”

Gaming has become “the predominant form of entertainment” for younger generations, he says, “and it will only get bigger.”

These days, esports not only fill stadiums, but stadiums are being built just for esports. For example, Comcast Spectacor and the Cordish Companies are building a dedicated esports center, the $50 million Fusion Arena, at the South Philly Sports Complex, home of the Wells Fargo Center, Lincoln Financial Field, Citizens Bank Park and Xfinity Live. Melco Resorts & Entertainment opened the first esports venue in Macau in 2018, at Studio City, hoping to attract a younger crowd.

Enthusiast Gaming now partners with Aquilini family, owners of the Vancouver Canucks hockey team, who saw the potential after an esports tourney at the Rogers Arena sold out within four hours, hosted 90,000 fans over four days, and “set new levels of noise in the arena,” says Kestenbaum. “That’s when they acquired an Overwatch team and a Call of Duty team with us.”

If you argue that esports aren’t sports at all—it’s an easy argument to make, since the “athletes” are mostly inert, fixated on the action on-screen—big-league esports investors such as Shaquille O’Neill, Michael Jordan and Alex Rodriguez might beg to differ.

“It definitely has elements of regular sports,” insists Kestenbaum, “and elements of chess—it’s an interesting mix of strategy, fast-paced reaction time and psychology. It borrows from entertainment, imagination and sports, and blends it all together. And it’s extremely accessible, because all you need is a smartphone, computer or laptop.”

Last month in New Jersey, legislation that would allow legal betting on esports was unanimously approved by the state’s Assembly Tourism, Gaming & the Arts Committee, then went to the Speaker for consideration.

“I would say esports are the ‘next big thing’ when it comes to sporting events, but the fact of the matter is that video game tournaments are already a prominent form of skill-based competition,” Assemblyman Ralph Caputo, one the bill’s sponsors and chairman of the gaming committee, told the Press of Atlantic City.

“Throughout the country and the world, video game enthusiasts are flocking to see expert players compete in all kinds of digital games,” he said. “Whether they follow along online or in person, hundreds of millions of people watch esports each year—and that number is only growing.”

Assemblyman Eric Houghtaling, another sponsor of the bill, said the state needs to capitalize on the growth industry. The urgency with which the state embraces esports will only grow because of the current shutdown.

“With online sports betting now legal in New Jersey and a large number of people already interested in this type of gaming,” said Houghtaling, “the time is right for us to expand legal wagering beyond traditional sports.”

If you need more proof of the potential of esports, just look to AC, which hosted the Gears of War Pro Circuit in 2017 (at Caesars), the Rainbow Six Siege Pro League event in 2018 (at Harrah’s), and the Ultimate Gaming Championship’s Halo Classic tournament in 2019 (at Boardwalk Hall).

Coming soon, the Philadelphia Fusion will host an Overwatch event at Boardwalk Hall. Fingers crossed, the tournament will go off as planned, on June 6-7. Teams from Atlanta, Washington, D.C., Shanghai, China and Seoul, South Korea are slated to compete.

“Our natural next step will be to allow esports betting in New Jersey, which will undoubtedly add a new revenue stream for our state,” said New Jersey Assemblyman Vince Mazzeo.

And with such an impassioned global audience, this one’s a natural fit for online.

Tips for Betting on