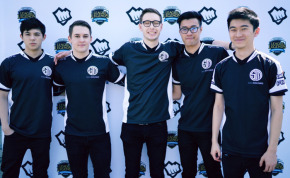 The League of Legends Spring Split, or season, ended after an intense championship match between Team SoloMid (TSM) and Cloud 9 (C9). TSM demolished C9 the first two games in a best-of-five series and could already see themselves picking up that championship trophy. They still needed one more win, but C9 came back fighting hard and won the next two games. By Game 5, everything was on the line. With half a million people watching, TSM won a crucial team fight at the elder dragon to become the 2017 spring spilt champions.

Avoiding relegation, Team Envy came in dead last during the spring split and unfortunately, they will likely be dead last again during the summer. They need to improve in all areas of the map if they want to see success this split. Not being able to finish games when they have the lead is Team Envy’s greatest weakness.

Immortals had a below average split. Their rookie bot laners (support and attack damage carry champions) played very well while their veteran top (usually tank champions) and mid laner (usually a mage champion) didn’t perform up to their standards. I don’t expect them to make any roster changes. The team can succeed if the bot lane continues to over perform, and their top and mid laner start playing to their potential.

Echo Fox has great potential. They signed an incredible rookie jungler, who proved how good he is during the spring. They have an all-star mid laner and a world champion top laner. Their weakness is their bot lane. Echo Fox likely won’t replace their bot lane, but if they tried to find a new attack damage carry (ADC), they could see major success.

Middle of the Pack (5-7): Team Liquid, FlyQuest and Team Dignitas

Also avoiding relegation was the well-known Team Liquid, which had a disaster of a split. They made many desperate moves during spring just to stay in the LCS (League Champion Series). They will either be seeking a new mid laner or attack damage carry. This split was a fluke for Team Liquid. They had a decent team on paper, but some of those players didn’t play to their expectations. They will have a much better split in the summer and will not have the scare of being relegated at seasons end.

FlyQuest started the spring split close to perfect until they fell apart during the middle of the split. They ultimately came in fourth place which isn’t bad. I don’t see them making any roster changes, so they will be looking to play like they did during the beginning of the spring split. With arguably the best shot caller in the game in the mid lane, FlyQuest will be fighting for another high seed in the playoffs to make it to Worlds.

Team Dignitas was the team flying under the radar during the spring. They started out so badly that everyone considered them a non-threat. They changed their coach and stole the last spot in playoffs before the other teams fighting for a spot knew what happened. They will keep their current team and most likely get that sixth playoff spot again.

Team SoloMid, champs of the 2017 Spring Split, will surely make the finals again in summer. With the likely return of their all-star ADC “Doublelift,” TSM will have much success and finish top two for playoffs. I do, however, think Cloud9 will get revenge in a championship rematch. Regardless, TSM will make Worlds, the biggest and most important tournament in all of League of Legends.

Cloud9 will be seeking revenge during the summer. Their rookie jungler won rookie of the split and now has the experience of playing in the finals. No roster changes for this squad as they will also be in the top 2, waiting to meet TSM in the finals.

Counter Logic Gaming had a rough split according to their standards. The same team that was the 2016 spring split champs struggled throughout the season. CLG hasn’t changed their team for two years and will look to improve their performance to make playoffs once again.

Phoenix1 has shocked the League of Legends community by coming in third place in spring. After coming in dead last during 2016 and avoiding relegation, Phoenix1 completely scraped its team and started fresh. They managed to sign many high profile players, and it has definitely worked. Watch out for them possibly fighting for a championship this summer.