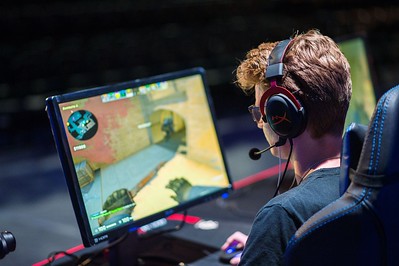 With most athletic competition curbed due to the coronavirus pandemic, sports fans have turned to eSports and video games to fill the void. The effect is not just limited to the U.S., but in the U.K. too.

Sports of all sorts have disappeared during the coronavirus pandemic, games postponed or cancelled around the world. MLB, NBA, NHL, FIFA, all gone, leaving emptiness in much of the public psyche, a symbol of a lack of normalcy.

When the time comes next month, two months, six months from now that major sports returns, with it comes the comfort of normality, a sense that all is right with the world again.

Until then, sports fans have looked elsewhere, to archives of past games as one outlet, according to Forbes magazine. Some sports teams have engaged in “tic-tac-toe” and “connect four” contests via social media.

But the biggest vacuum filler belongs to eSports and video games. In England, the Football Association has simulated the FA Cup quarter-finals in FIFA 20 and broadcast them over social media. And a 128-team FIFA tournament organized by Leyton Orient’s social media manager hopes to raise funds for English Football League clubs affected by the pandemic, as well as other charities.

Rugby league teams have also created eSports content for their social channels as have U.S. sports organizations. One of the more sophisticated operations has been Formula 1, with its virtual Grand Prix.

Since in 2016, F1 has placed significant emphasis on digital technologies as a way of reaching new audiences, including its own streaming service, F1 TV, and has partnered with Amazon Web Services to provide data to television viewers.

Formula 1 will stage a Virtual Grand Prix series, which will feature real-world drivers, including Max Verstappen and Lando Norris. While the series will have no bearing on the current season, it showcases how important eSports can be at times like these.