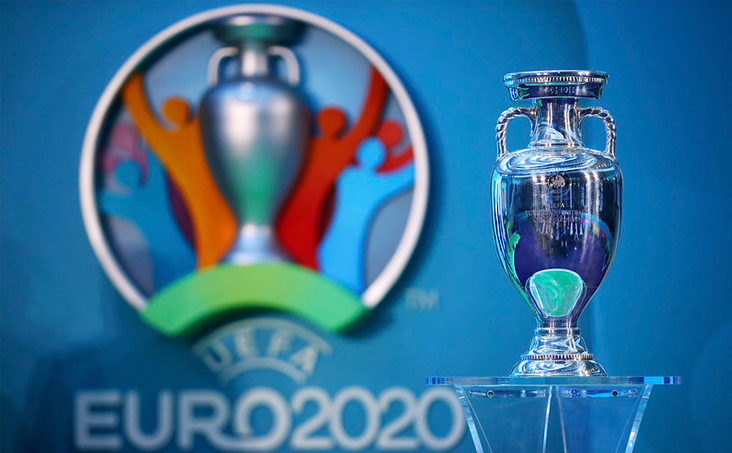 Ahead of the knockout rounds in the UEFA Euro 2020 Championships, here are the outsiders, the underdogs, the favorites, and the frontrunners, plus the latest odds.

So as we wind down group play at the 2020 UEFA European Championships, France led the pack as odds-on winner at +400 (complete list below). Here are some other takeaways, which are equal parts surprising and inspiring.

Did someone say “inspiring?” Yes, we heard you, Denmark. How could we not after that incredible second half against Russia? We’ll discuss you in a moment.

Again, Euro 2020 is the most interesting major football tournament in the world. Yes, more than the World Cup. That’s because oftentimes, World Cup teams—especially from the big countries and power countries—play not to lose, rather than play to win. The games are like World War I trench warfare: brutal, ugly, and sometimes grotesque.

Did someone say “play not to lose?” Yes, we see you, England. We see you too, France, especially after you failed to make goulash out of the overmatched, outgunned Hungarians. You’re not hiding from anyone.

The Euros give you surprises. They give you intrigue. They give you hope. Well, except if you’re Scotland. Or the plucky North Macedonians, making their Euro 2020 debut not long after beating Germany in World Cup qualifying. Or the most disappointing team in the tournament.

Yes, we’re talking about you, Turkey. You can’t hide either, even if we won’t be seeing you in the Round of 16. We’ll get back to you in a moment.

As we wrap up the final games of group play, let’s take a look at the dynamic and the disappointing, the inspiring, impressive, and infuriating. 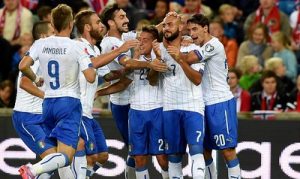 Three years ago, Italy failed to qualify for the World Cup. This bears repeating, for those of you who can’t process this seemingly counterintuitive fact. In 2018, the Italians failed to reach a World Cup for the first time since 1958. And yes, they do allow World Cups to happen without the four-time world champions.

Enter Roberto Mancini, the former Manchester City boss who spent the last eight years in the coaching wilderness. Consider him liberated from his wilderness stints in Turkey, Russia, and a pedestrian outing at Inter Milan.

For Euro 2020, under the nattily dressed Mancini, the team plays a pressing, high style that makes you wonder what happened to the traditionally stodgy, bus-parking Italians. Italy qualified for the Euros winning all 10 of its qualifiers. They haven’t lost in 30 games, since falling to defending Euro champion Portugal in September 2018.

In the Euros, they’ve outscored their three opponents: Turkey (3-0), Switzerland (3-0) and Wales (1-0) 7-0. Those goals haven’t come at the expense of defense, since Italy hasn’t conceded in 11 games.

The test comes now. Italy hasn’t beaten a front-row team during that 30-game streak. And they haven’t left Rome during the group stages. Can the Azzuri take this act on the road to London and Munich? If so, nobody wants a piece of this team.

Place a $50+ bet on any market of the UEFA EURO Games, win or lose get a $10 free bet at WilliamHill.com. Redeem for up to 5 wagers a week! 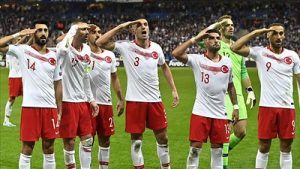 Three goals conceded in 10 qualifying games. A victory and tie against reigning World Cup champion France. The manager who led them to the 2002 World Cup semifinals. A young team led by a talismanic striker. It was all there for Turkey to make a deep run. Just like it did in 2008, when the Turks reached the semifinals.

Until it wasn’t. Until Senol Gunes lost the plot with his squad of Young Turks (average age: 24 ½ years). He never found the right tactics that took advantage of his squad. Against Italy, Turkey sat back and let the Italians dissect them en route to a 3-0 victory. Against a Wales team picked to finish at the bottom of the group, Gunes’ group couldn’t figure out the only two Wales’ players you need to figure out: Gareth Bale and Aaron Ramsey. That pair ran amok in a 2-0 Wales win.

Switzerland finished the Turks off, 3-1. Meanwhile, that talismanic striker, 35-year-old Burak Yilmaz, looked his age. He left the form that produced 16 goals for Ligue 1-champion Lille back in France.

How bad was Turkey? Historically bad. Eleven countries in Euros history failed to garner a single point in the group stages. Turkey’s minus-seven goal differential was the fifth-worst in tournament history.

Get a Euro 2020 Parlay Boost Token on BetMGM.com. Activate your boost on any Euro 2020 parlay with minimum of three legs. If you win, you’ll get 10% extra winnings in cash. 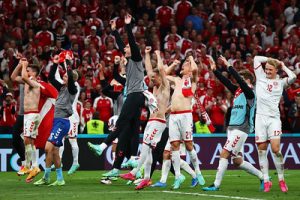 Precocious 20-year-old forward Mikkel Damsgaard spoke for an entire world when he told a Danish broadcaster that it was “insane” that Denmark qualified for the Round of 16. That, after the Danes blew out a tepid Russian team, 4-1, on Monday.

For this to happen, more than the stars had to align for Denmark. They had to:

None of this was on the table when Eriksen collapsed nine days earlier. He was discharged from the hospital last Friday, then popped up as a pleasant surprise at training the next day.

The surprise hit the Russians on the pitch like a 2-by-4 between the eyes. Denmark may have had zero points, but the Danes created 42 goal-scoring opportunities through their first two games. They actually outplayed Belgium—the world’s No. 1-ranked team according to FIFA—for vast swaths of their game.

Against Russia, Damsgaard opened the scoring in the 38th minute. Yussuf Poulsen gave Denmark that two-goal cushion in the 59th minute. But a questionable penalty let Russia’s Artem Dzyuba pull one back in the 70th minute, taking away the two-goal edge Denmark needed.

France is currently sitting at the top of Group F in Euro 2020. A win against Portugal secures their 1st place finish in the Group! Bet France to win at PointsBet.com and get a Soccer Booster. Max bet $100. 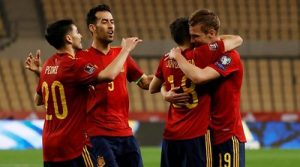 Yes, we see you, England. Your two goals in three games, not to mention that less-than-scintillating 0-0 tie with Scotland—combined with your lofty status as tournament favorites—puts you in the running here. But you’ve won your group. Your normally feral media and rabid fan base has a group win to calm them down. For now.

Spain enjoys no such luxuries. Going into Wednesday’s game with Slovakia, the 2008 and 2012 Euro champions have two draws and one goal in two games: a 0-0 tie with Sweden and a 1-1 draw with Poland. That Poland draw came with the side dish of Gerardo Moreno missing a penalty kick, the fourth consecutive Spanish player missing from the spot.

The once-dynamic Spaniards are so out of sorts, they’re even complaining about playing at home. They complained the field at Sevilla was too bumpy, dry, and inconsistent. Maybe that’s why they’re missing their expected goals (xG)? Are we inserting expected goals here? by 2.5 goals in terms of goal differential. But everyone wants to know why Spain has one goal in two games, despite having the highest combined expected goals out of the 24 teams: 5.7.

Spain still controls possession; it had 69% of the ball against Poland and 85% against Sweden. However, the Spaniards lack a versatile playmaker/scorer like David Villa or Cesc Fabregas, not to mention creators like Xavi and Andres Iniesta. It shows when most of their tic-tac-toe passes go sideways, rather than forward.

Again, escaping the group stage should go down as easy as tapas and sangria for the Spaniards. So why are they making this look so hard?

Before you fill out your bet slip, get the latest odds and analyses at iGamingPlayer.