HomeThe ShuffleExpert Picks: Jets or Giants to Make the Playoffs?

Expert Picks: Jets or Giants to Make the Playoffs? 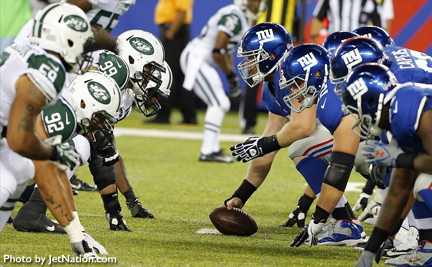 Which tenant of MetLife Stadium has the best shot to end up in the NFL postseason? Looking at two legendary New York franchises: the Jets and the Giants.

EDITOR’S NOTES: A number of U.S. professional sports teams are boycotting scheduled games to protest the shooting of an unarmed Wisconsin man. Stand by for breaking news.

The New York Jets have +400 odds while the New York Giants have +275 odds to make the playoffs, per DraftKings.

Let’s set the stage for both teams and let the experts weigh in on which team is the best bet! 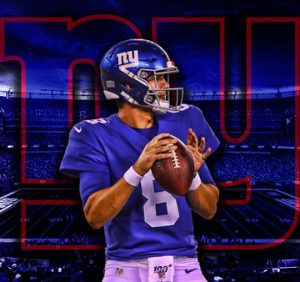 While he was clearly limited by a nagging ankle injury in 2019, Barkley still showed off his elite skills as a runner (1,003 yards on 4.6 yards per carry) and receiver (438 yards on 8.4 yards per catch) out of the backfield. While his 1,441 yards from scrimmage didn’t compare to the 2,028 he put up as a rookie, he played in three fewer regular-season games. He should be fully healthy and ready to produce at an All-Pro level immediately when this season kicks off.

As in any situation in which an entire coaching staff is replaced, the Giants are starting fresh and will look to improve on both sides of the ball, as they ranked 23rd in Football Outsiders’ all-encompassing and normalized Offense DVOA and 27th in Defense DVOA last season.

Taking 2020 team win totals into account, the Giants have the second-toughest schedule in the entire NFL, as their opponents are projected to have a .531 win percentage. However, the Giants’ opponents went a combined 123-132-1 (.482) last year, which is something to think about.

BetQL simplifies the research process for sports bettors by equipping them with real-time line movements, value bets of the day and meaningful team trends. Go to https://betql.co/nfl/odds to get started!

A major source of pain for the Jets last season was the play of the offensive line. GM Joe Douglas addressed that by drafting tackle Mekhi Becton with the 11th pick in the 2020 NFL Draft and brought in tackle George Fant, center Connor McGovern and guard Greg Van Roten to essentially shake up the roster. Further, guard Alex Lewis was re-signed in the hopes of protecting Sam Darnold and opening up running lanes for Le’Veon Bell.

Bell, who was the most prized free agent signing in a long time, managed a career-worst 3.2 yards per carry and amassed just 789 rushing yards and three rushing touchdowns in 15 games played. He was also bottled up in the passing game, where he caught 66 of 78 passes for 461 yards and just one score.

Most concerning was the fact that Bell saw eight-plus defenders in the box just 17.14% of the time and was the second-least efficient rusher out of the 48 backs in the league that saw 86-plus carries. In other words, the ineptitude of New York’s offensive line limited any shot of efficient production in the passing or running game. It will be fascinating to see what changes head coach Adam Gase and offensive coordinator Dowell Loggains come up with.

With newcomer Breshad Perriman, Jamison Crowder, Quincy Enunwa, Josh Doctson and Vyncint Smith all currently in the mix at wide receiver, the Jets don’t exactly have an All-Pro caliber wideout, even after they drafted Denzel Mims in the 2nd Round of the 2020 Draft. But, Mims, Crowder, Perriman and Enunwa in particular should be able to carve out instant roles.

Defensive coordinator Gregg Williams had his unit clicking at the end of last season. With Jamal Adams and Marcus Maye serving as one of the best safety tandems in the NFL, the Jets will also rely on linebackers C.J. Mosley and Avery Williams, both of whom were injured last year. A mix of Jordan Jenkins, Quinnen Williams, Steve McLendon, Henry Anderson, Jabari Zuniga, Nathan Shepherd, Folorunso Fatukasi, John Franklin-Myers, Tarell Basham and Frankie Levu will make up the rest of the front seven and will most likely all be utilized in Williams’ sub-heavy and blitz-heavy scheme.

While the Jets bolstered their cornerback position in the draft by selecting Ashtyn Davis in the 3rd Round and Bryce Hall in the 5th Round, a group made up of Pierre Desir, Blessaun Austin, Brian Poole, Arthur Maulet, Quincy Wilson and others leaves a lot to be desired and is the clear weak-spot (on paper).

Each week, iGamingPlayer serves up expert analysis, insider tips and strategies that can help you play to win. Subscribe below.

“If quarterback Daniel Jones takes a step forward in his sophomore campaign, the New York Giants will be a good bet to make the playoffs at +275. The Giants prioritized improving their offensive line at the NFL Draft, selecting stud Georgia tackle Andrew Thomas fourth overall, as well as UConn tackle Matt Peart in Round 3 and Oregon guard Shane Lemieux in Round 5. With more time and comfort in the pocket, Jones should excel given his intelligence and the abundance of skill players at his disposal. Mega-talented running back Saquon Barkley should fare better with a less-crowded backfield, perhaps returning to the dominant ways of his rookie season, and wideouts Golden Tate and Sterling Shepard as well as tight end Evan Engram should thrive. The only question will be if the Giants defense improved enough this offseason. Adding free agent linebacker Blake Martinez—a tackling machine—will help. But time will tell if their secondary improves enough to get New York over the hump.”

“If you want to pick a team to make the playoffs from New York this season, go with the New York Football Giants (+275). The Giants are not as bad as their record has shown the last few seasons. They have a lot of offensive weapons and a quarterback in Daniel Jones that looks like the real deal. Most importantly, they took steps in the draft to shore up their glaring weaknesses on the offensive line and defense as they drafted nothing but O-line and defensive players. Finally, they are in a division ripe for the taking, as Dallas has a lot of questions, the Eagles are down, and the Redskins are still the Redskins.”

“The New York Jets are a much better bet to make the playoffs at +400 than the New York Giants are at +275. The AFC is a much easier conference to compete in than the NFC. Last season, only seven teams finished with a record of .500 or better in the AFC compared to nine teams that finished with a record of .500 or better in the NFC. If Sam Darnold (l.) can avoid contracting mono this season, the Jets will arguably have the best quarterback in the AFC East following the departure of Tom Brady from the New England Patriots. The Jets were 7-6 with Darnold as their starter last season. By contrast, the Giants have a rookie head coach with a starting quarterback in Daniel Jones that is coming off an incredibly inconsistent rookie season.”

“To me, this choice is all about which team’s question marks you feel most comfortable betting on. Do you trust the Jets’ offensive line coming off of a league-worst season? Do you think the turnover of the entire Giants’ coaching staff will be a positive change? I’m going with the latter. Not only should Daniel Jones make strides after getting a substantial amount of playing time in his rookie season, but he will be protected by a fortified offensive line, surrounded by a number of proven pass-catchers, and get to hand the ball off to Saquon Barkley (who I expect to be the top-producing running back in the NFL this year). Plus, you know that Bill Belichick is going to somehow beat the Jets twice with Brian Hoyer under center, right?”