The “100% return to player” on online slots can be confusing but our resident slot expert shows how it works.

Online casinos do something with respect to slot machines that brick-and-mortar casinos usually do not. They normally show you the return-to-player, or RTP, for a given slot game. RTP is another way of communicating what has been referred to for years in player publications as “payback percentage.”

RTP is the percentage of all wagers on a given game that are returned to players as wins. Note, that means all players of a given game. You’ll find, for instance, that many games at the online casinos offer an RTP of 96%. This does not mean you will win 96 % of the time you play that game. What it means is that after thousands of spins on a game, you’ll find that player wins account for 96 % of all wagers.

An easier way to consider it is a 96% RTP means that game has a 4% house edge. That may not be great when compared to 2% on a table game like blackjack. It is even less on a game like baccarat or craps. But compared to the average RTP for slots on a physical casino floor, it’s great.

New Jersey Pala Casino offers players daily online casino promotions with special rewards and bonuses EVERY DAY of the week. Each day will have a featured daily bonus on all your favorite casino games. 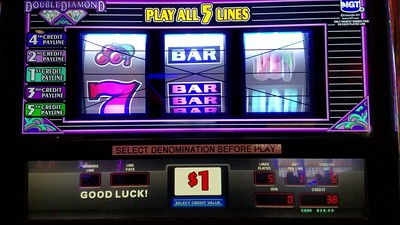 To get a 96% RTP on a bricks-and-mortar slot floor, you need to go for one of the higher-denomination, classic reel-spinning slots, like a $1 or $2 Double Diamond game.

The more popular games these days in physical casinos, the penny-denomination slots, generally have a house edge of 10% or higher. But online, these games are a great deal.

The RTP for a slot game is a theoretical percentage, calculated within the program that created that game. To understand it, it’s best to understand how slot machines – online as well as physical – arrive at their results.

In the old days, prior to the 1980s, the RTP on mechanical reel-spinning games was dependent on how many possible results, known as “stops” in the trade, were on each reel. The RTP was a number based on the mathematical probability of each reel symbol landing on a given spin. There could only be so many winning symbols on the physical reel strips, so the only way of increasing the RTP without the game losing money for the casino was to increase the number of symbols and blanks on the reels, or increase the number of reels.

Beginning in the eighties, this all changed when computerized slots replaced the old electro-mechanical games. These games, and all games since, including online games, use what’s called the “virtual reel” system. The number of reel stops or reels no longer matters, because the program is based entirely on numbers.

The programmer assigns a number to each slot symbol and each blank on the reel map. Higher-paying symbols receive one or just a couple of numbers assigned to the same symbol. Lower-paying symbols and blanks are duplicated with a lot of numbers. The computer’s random number generator cycles through all these numbers at speeds of around 1,000 per second. It then freezes the number combination present when the “spin” button is pushed, or online, when it is clicked.

The balance of numbers corresponding to low-paying, non-paying and high-paying symbols is how programmers arrive at a theoretical payback percentage, or RTP. These are tested through simulations of millions of spins, but in reality, after a game has been played for a few days by customers, it will match the theoretical RTP.

When new players at Mohegan Sun New Jersey make their first deposit, we’ll match it up to $1,000 in free bonus play. Choose from more than 700 online slots and table games. 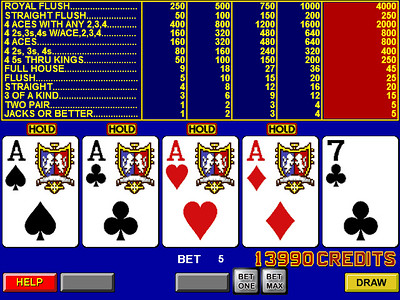 Among games available at online casino sites, the highest RTP, which are higher even than the traditional table game, can be found in video poker. We’ve written in this space before that the video poker games with the best-returning pay schedules, when played with perfect strategy, can boast an RTP of 100%, or even a fraction of a point higher. That is a game with no house edge, and can even provide a slight player advantage.

That doesn’t mean you will win, even if you’ve taken the time to learn and deploy perfect strategy. What it means is that, over time, that game will return an amount to players that is equal to what players have lost. It’s like a coin-flip. You won’t always land on heads; over time the results will even out.

So, don’t be frustrated if you lost today. Online casinos have some of the best RTP numbers available to slot players anywhere. If you lose today, chances are good you could win tomorrow.

So just go and have fun. That’s what it’s all about. As always, bet responsibly and never bet more than you can afford to lose.

Sign up as a new player at Caesars Casino, and you’ll get a 100% casino bonus match on your first deposit up to $500! Get started today for the best in slot play.