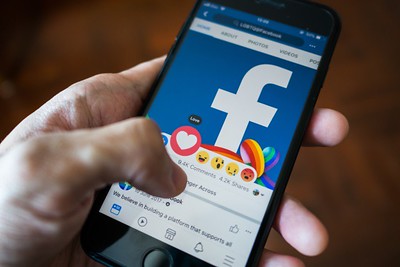 A UK company known as The Spinner may face a Facebook lawsuit for helping gambling companies target individual users through the social media giant and manipulate people into spending more on online casinos.

Social media mammoth Facebook may file a lawsuit against The Spinner, a secretive UK-based startup that provides social media ad-targeting of individual users. The Spinner claimed that it has used Facebook to help gambling companies manipulate people into spending more money at online casinos, according to an article in Forbes this week.

The irony is that Facebook has allegedly influenced the outcome of elections, the products consumer select, sexualities and sexual values, and a sense of identity. The social media site has also been used to advertise gambling.

A small number of firms have tapped Facebook to more indirectly influence gamblers into visiting online casinos and gambling websites. They’ve been employing the services of The Spinner to provide “sniper targeting,” a practice that sees individual users targeted with a regular supply of posts focused on any given subject.

The Spinner has offered its help to people who’ve wanted to “brainwash” their wives into having sex more regularly with them, or who want to convince relatives to quit smoking, for instance. They do this by sending cookies to the targeted individuals, which when downloaded ensure that she or he ends up seeing articles on their Facebook and social media feeds with titles such as “Why you should initiate sex with your husband” or “Why quitting smoking could be the best decision you ever make.”

But now, Spinner spokesperson Elliot Shefler told Forbes that it’s also been receiving orders from a number of gambling companies that want to manipulate their customers.

“In 2019, a few online casino operators have started using this method to influence their existing players, mostly slots players, to login and play more often,” he said. “Those players are being exposed to hundreds of articles with titles like ‘Wisconsin man hits $1.3 million jackpot at Flamingo’ or ‘Lucky local cashes over $150K jackpot at Vegas-area casino’ on their feeds.”

Such posts are editorial articles published on major news sites, rather than paid-for ads that clearly and openly promote a particular service, product or company. The lack of transparency is morally questionable, given that gamblers are being led to believe that they’re seeing these articles only because they’re newsworthy. But the morally questionable element doesn’t stop there, because several recent reports hint that minors may be targeted by gambling companies using The Spinner’s services.

Numerous studies reveal that the number of children gambling online has increased significantly in recent years, with under-18 gamblers in the UK quadrupling between 2016 and 2018.

Shefler brushed off such comments. “We don’t pick the players,” he said. “The casino does.”

The Spinner claims that gambling companies which have used its services have seen their customers become “more engaged compared to players who weren’t exposed to the content, and showed improved results in terms of logins, average revenue per user and lifetime value.”

Shefler did not share accurate figures detailing this increased engagement. However, the fact that gambling companies are even trying to control players using this method is damning enough on its own account.

While The Spinner’s activities don’t reflect well on the social network, Facebook has responded to the London-based firm’s claims by affirming that it will take action. A spokesperson told Forbes, “We are taking enforcement actions against The Spinner and evaluating legal options. We have no tolerance for bad actors that try to circumvent our policies and create bad experiences for people on Facebook.”

The Spinner has violated several of Facebook’s policies, including having unacceptable business practices. Facebook doesn’t want businesses targeting single individuals and has measures in place to help prevent this. If true, The Spinner’s days of using Facebook to manipulate people may be numbered.