Fallout from the 2022 NBA Trade Deadline 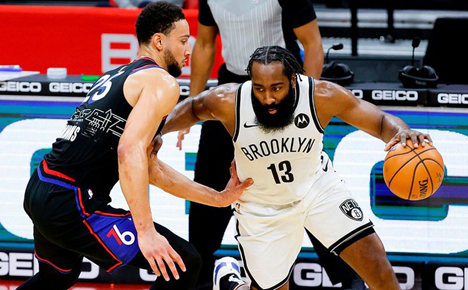 How will an active NBA trade deadline affect the rest of the regular season and postseason? For Epifanio’s picks, read on.

The 2022 NBA trade deadline will go down as one of the most active in recent history. There was a flurry of movement in the days and hours ahead, followed by five major swaps that have shaken up the landscape of the league.

Here are those five trades, and how each affects the teams involved down the stretch run of this season. 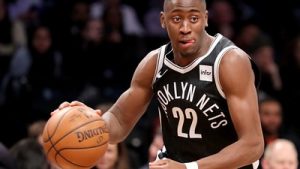 In this NBA trade, the Cleveland Cavaliers hope to fill the void left by Collin Sexton, who is currently injured and could be leaving in free agency this summer.

Caris LeVert has bounced around in a few trades the past couple of years, but remains a very capable scoring wing who can contribute a lot to a playoff team. That’s what the Cavaliers want to be, and this trade furthers their cause. The Indiana Pacers freed up some space here for their next trade, which will be mentioned later, by trading for Ricky Rubio, who’s out for the season, plus draft picks.

This one is pretty black-and-white: Cleveland just got much better, and Indiana sold a current asset for future assets.

At Resorts Sportsbook, you deserve a winning score. That’s why Resorts gives you get a percentage of cash back on monthly sports losses—up to $10,000. 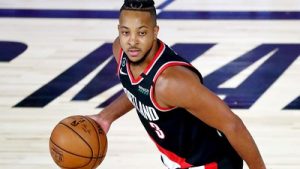 This was a bit of a head-scratcher for the Portland Trail Blazers. Essentially, they sold on CJ McCollum, longtime backcourt mate of franchise player Damian Lillard, for Josh Hart. Nickeil Alexander-Walker and Tomas Satoransky were immediately rerouted in exchange for Joe Ingles, who’s out for the season.

With this deal, Portland clearly got much worse, and continues to move backward in the prime of Lillard’s career. The New Orleans Pelicans, on the other hand, made out great in this trade. The team gets another dynamic scorer in McCollum to pair with Brandon Ingram and a couple of athletic role players in Larry Nance and Tony Snell. The Pelicans are much improved after this trade.

Get on the team by joining Unibet Sportsbook today. Once you add funds, your first cash bet is insured up to $500 if you don’t hit a winner. 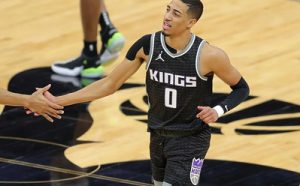 In another NBA trade head-scratcher, the Sacramento Kings decided to trade away a seemingly future franchise player in Tyrese Haliburton along with two borderline starters/role players in Buddy Hield and Tristan Thompson.

While they did net Domantas Sabonis—a great pick and roll mate for point guard De’Aaron Fox—it’s yet another step in the wrong direction for Sacramento.

Indiana gave up an All Star-caliber player in Sabonis, but got back a franchise centerpiece in addition to two solid role players, making this a clear win for the Pacers. While they may not be quite ready to win a championship, they’re headed in the right direction and could sneak into a play-in spot this year.

Talk about a slam dunk. New players at Golden Nugget Sportsbook receive up to $250 in Free Bets! Sign up and start betting today.

The season’s most anticipated NBA trade finally went down on deadline day, as James Harden and Ben Simmons finally swapped division rival teams. The Brooklyn Nets did well to get Seth Curry and Andre Drummond out of this, as both players have proven key contributors to a winning team this season. Simmons is a great theoretical fit next to Kyrie Irving and Kevin Durant, but the jury is still out on when and how the Aussie will return.

The Philadelphia 76ers, and specifically president of basketball operations Daryl Morey, finally got their man. Morey and the Sixers have been trying to land Harden since last year’s deadline ultimately saw him end up with Brooklyn. And now they can finally begin to build around a superstar duo of Harden and current MVP favorite Joel Embiid.

Ultimately, if all players in the deal end up playing the season out and to the best of their abilities, this trade is a win-win. Both teams have improved and have a better shot on paper to win this year’s championship. Do not be surprised to see these two teams take a playoff series to seven games this spring, perhaps even the Eastern Conference Finals.

Bet $50 and Get $50 when you sign up to wager on the NBA at BetAmerica! Just create an account, make your $50 deposit, and start to play! 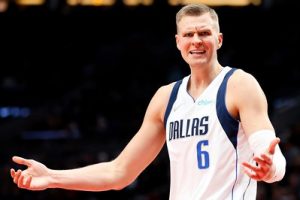 This trade, while featuring some big names, does not seem to have much of an effect on anything this year. The Washington Wizards are without star guard Bradley Beal the rest of the season, so Kristaps Porzingis won’t have much to compete for in year one with his new team. The Dallas Mavericks add Spencer Dinwiddie to an already guard/wing-heavy team, and it will be interesting to see how head coach Jason Kidd handles his lineups.

Realistically, both teams face bleak odds to win this year’s championship after the trade. Don’t invest in either one.

Betting on the NBA? Sign up to wager at PlaySugarHouse and you’ll get a 100% deposit match, up to $250. Because you deserve more!

Now that the dust has settled, the only changes left will be through the buyout market. The rosters are mostly set at this point, and there is just as much parity in the league as ever. Some teams have a chance to win the title, so futures bets are worth a shot. Check them out and enjoy the NBA’s new look!

Want to bet on the NBA? Here’s a quick and dirty guide to get you started.