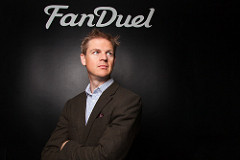 Eccles announced he was leaving the company last month. Details of the layoffs were not released, but a spokesman for the company told Legal Sports Report that the company had restructured its workforce.

“With the Supreme Court hearing oral arguments regarding PASPA and audiences increasingly watching sports through alternative platforms like ours, FanDuel restructured the operational functions within its core business yesterday to enable employees to maximize product innovation and delivery, and capitalize on the momentum across the sports tech industry,” the company said in a statement to the website.

FanDuel has become the No. 2 power in DFS behind DraftKings. The two companies had planned a merger, but it fell through after opposition from regulators.

Most of the layoffs appear to have come on the product side of the company and reach as high as the vice president level, the website reported.