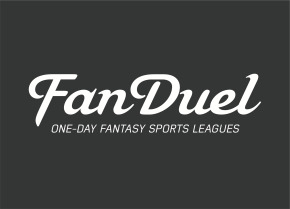 Daily fantasy sports giant FanDuel has pulled its operations out of the UK after one year in operation there to focus on its U.S. operations and prepare for the upcoming NFL season.

FanDuel sent emails to British players about the closure and refunded player accounts. It later confirmed the exit on Twitter.

“As we approach the NFL season, we are allocating all of our resources towards ramping up a US product that consumers love and building out complementary fantasy sports products. There are over 53 million people playing fantasy sports in the United States and we are investing all of our resources on that market,” the company said in a press statement.

The move also comes just weeks after a planned merger with DFS rival DraftKings fell through due to opposition from the Federal Trade Commission. DraftKings is still operating in the UK.

FanDuel only began operations in the UK in August 2016, focusing mostly on the English Premier League. In its email, FanDuel said that ‘almost £1 million’ was won by its UK customers over the past year.

Also, Delaware Governor John Carney has signed DFS legislation that legalizes the games there and directs the state to create regulations for the industry.

The new law labels fantasy sports as a “game of skill” making it legal under Delaware’s gambling laws. Last year, the state’s Department of Justice warned DFS operators that their product was not legal under the state’s laws.

The legislation sets high fees for DFS operators including a 15 percent fee on their net adjusted revenues as well as a $50,000 annual fee.

In another DFS story, the Asian market for daily fantasy sports continues to grow as DFS operator Ballr has completed a soft launch focusing on the Asian market. The site now has 25,000 users, but the company is targeting an estimated 100 million smart phone users in the region, according to a story in the Asia Times.

“It’s a much younger business in Asia, so we’re having to start with a really simple game to increase engagement,” Sam Jones, founder and CEO of Ballr told the paper. “It would be naïve to put in place a really complex fantasy sport and then expect 15 countries to immediately get it.”

Ballr plans to focus on live play betting in Asia with users selecting a gaming event and a player to follow for a five-minute period. Players gain or lose points for every event involved in the games and users can view their rankings on a real-time leaderboard, the report said.

“What’s great about this region is the data around smartphone penetration,” Jones said. “One of the things we are going to have to do is build fantasy into the screen so our tagline doesn’t become sport’s second screen but, instead, sport’s only screen.”