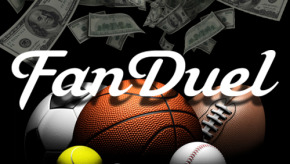 The DFS giant jockeying with DraftKings for the lucrative daily market unveils a version of classic fantasy football this season.

Patrons following championship league instructions under the friends mode on the website can launch a unique enterprise: DFS against their friends. League fees are paid upfront, with a small percentage earmarked for FanDuel’s administrative purposes.

“One thing we address is the headache of people paying their league fees,” says Kevin Hennessy, a spokesman for FanDuel. “Here, you won’t have to chase everybody for money at the start of the season. You pay or you don’t play. That takes away a problem for the commissioner.”

It also defuses a pitfall. When money isn’t collected at the start of a season, it may not be at all. If someone becomes unhappy with a league matter, the person may quit. In a related problem, players can lose interest, stop competing and affect the competitive balance of the league.

FanDuel addresses another logistic via the draft, Hennessy says.

“You don’t have to worry about getting 10 people together and trying to work out people’s schedules, like this person can make it on a Thursday night, but someone can’t do it until the weekend and you have to go back and forth to lock in a time,” he asserts. “But now, you draft your team whenever you want, on your schedule, and you don’t have to concern yourself with someone else.”

That’s because you draft alone, any time before the start of the NFL slate FanDuel recognizes. Early indications were that it would be Sunday and Monday night games only, but that may change.

This is the convergence of fantasy and DFS. FanDuel patrons already know about selecting a team within budgetary caps. They must do it here, too, but in a weekly league format rather than the daily landscape. Pick players, organize the budget like a checkbook and field your best team. There are no injuries to work around.

A new team is drafted each week, amid interesting variables. An NFL player will have a different value each week of the season, depending upon the matchup. Players expected to have big performances against certain teams cost more that week. The skill component is deciding which expensive players to carry, which can’t fit under the weekly salary cap and what “sleeper” will reward owners with a breakout game.

As with DFS, a gambler may have the same position player as many of his counterparts. Unlike DFS, he only has to beat a few opponents to prevail. A team owner competes against everyone in the league each week. The winning team is awarded a point for the week and those with the most points at the end of the season cash in.

FanDuel’s championship league is interesting on several fronts. It blends the DFS and classic fantasy audience and will no doubt propel some of them into its 50-50 competitions and more lucrative, national ones.