Fearless Forecasts for the Big Game 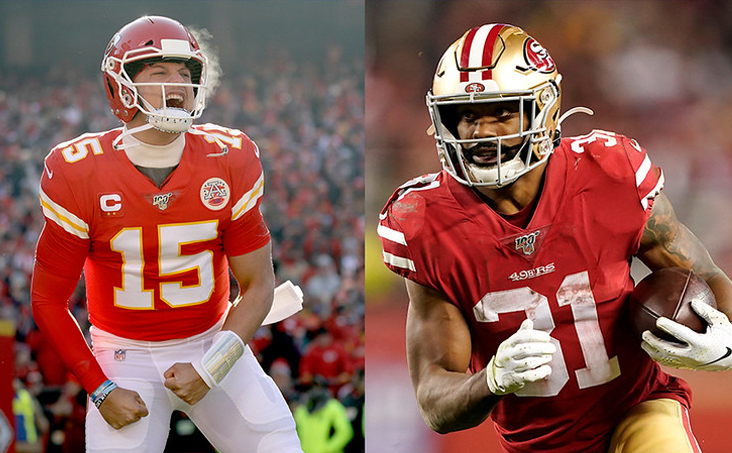 It’s officially NFL Championship Week, the climax of an unforgettable season. Before we go out on a limb about the game, let’s look at the moments that got us here.

It’s been an exciting year for football, with lots of twists, turns and unexpected storylines, all leading up to the big championship game this Sunday.

Let’s take a look at the year that was, then make our predictions for this year’s Big Game.

First, some big-time players announced early retirements, most notably Indianapolis Colts’ QB Andrew Luck and Carolina Panthers’ LB Luke Kuechly. At just 30 and 28 years old respectively, they were two of the best players in the NFL, and still in their primes. They chose to retire at opposite points in the season—Luck before, Kuechly after—both due to concerns about brain damage.

This is starting to become a trend with younger NFL players, and it’ll be interesting to keep track of the response from players league-wide, as well as the league itself. The loss of these players leaves their teams with gaping holes at those positions, and will definitely affect the next several seasons and off-seasons.

New sportsbook player? Sign up at GoldenNugget.com, and you’re eligible for a risk-free bet of $100!

Another storyline was the emergence of Lamar Jackson and the Baltimore Ravens. In almost movie-script fashion, Jackson broke out big-time and silenced his doubters en route to an MVP season, leading his team to the AFC’s top seed and first-round bye. It really seemed like Baltimore’s year. Jackson was accompanied by a top-tier defense, weapons all-around on offense, and of course, “Big Truss.” Unfortunately, the Tennessee Titans’ Cinderella-story playoff run cut short their Super Bowl hopes.

One more storyline of this season was the NFC East, or “Least.” The race for this division title was a case of who wanted to lose it the most, instead of the other way around. For a majority of the season, this division was the laughingstock of the league, as all four teams either had losing records (or close to it) throughout. The Philadelphia Eagles ended up as division champions with a record of just 9-7, and lost in the first round of the playoffs at home.

But now these things are far behind us, and it’s time to focus on the biggest game of the year: the Super Bowl. On tap is one of the most exciting matchups in recent history. It’s going to be fun to watch and bet.

Now let’s take a look at some match-ups.

Guess the color of the Gatorade! Find the odds on this Super Bowl tradition and other crazy prop bets at PointsBet.com.

The Kansas City Chiefs are led by Andy Reid versus Kyle Shanahan of the San Francisco 49ers. This is an interesting match-up, as it pits experience against newfound success. Andy Reid has been coaching for 20-plus years, and has been to several conference championship games as well as one Super Bowl. Shanahan, on the other hand, is in his third season as a head coach and his first playoff run. The edge here appears to be with Reid, but neither has a Super Bowl ring just yet.

The Offense
Everyone’s going to tune in for the offenses on Sunday. Both attacking sides are high-powered, and looking to get the ball into the end zone early and often. Both QBs, Patrick Mahomes of KC and Jimmy Garoppolo of San Fran, have enjoyed tremendous success this season, especially in the playoffs. Expect fireworks in this game, as both QBs are joined by tons of weapons on the offensive side. Kansas City has had the most explosive offense in the NFL for two seasons now, and that doesn’t change here, as they have the edge on this side of the ball.

The Defense
The biggest discrepancy between the teams lies on the defensive side of the ball. The 49ers boast arguably the best defense in the entire NFL, led by a suffocating D line. The Chiefs defense has stepped up so far in the playoffs, but is generally a league-average group. As they say, “Defense wins championships,” and if that’s the case, the 49ers will have no problem coming out as Super Bowl champions this weekend. They definitely have the advantage here.

Sign up to play at BorgataSports.com, and get a $300 risk-free first bet. First-time sports bettors only.

And the Winner…
The outcome is anybody’s guess, but all things considered, I predict Andy Reid will get his first Super Bowl ring Sunday night.

Kansas City is due for a championship, and QB Patrick Mahomes seems like he’s not letting anyone stand in his way. My prediction: KC by 3 or 4 points, and Mahomes as Super Bowl MVP.

Have fun with all of the plentiful prop bets this Sunday and good luck! The NFL Championship Game begins a 6:35 p.m. ET on Sunday, February 2. Enjoy one of the biggest betting days of the year.