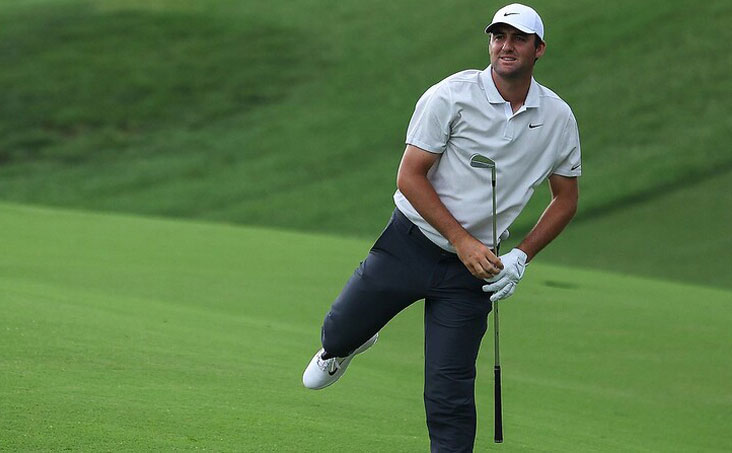 The FedEx Cup Playoffs begin Thursday at the St. Jude Championship and we look at who could win that event and do well in the playoffs.

The PGA Tour’s Fed Ex Cup Playoffs begin this week with the St. Jude Championship at TPC Southwind in Memphis, TN. The BMW Championship follows the next week and the Tour Championship wraps up the regular season on the PGA Tour.

World No. 1 Scottie Scheffler is atop the Fed Ex Cup standings with 3,556 points. Cameron Smith is next at 2,335 points. The key to winning the season-ending competition is high finishes in both the St. Jude and the BMW. After the St. Jude, the field is cut from 125 to 70 golfers. At the conclusion of the BMW, the field trims down to the final 30. Then they head to the Tour Championship. 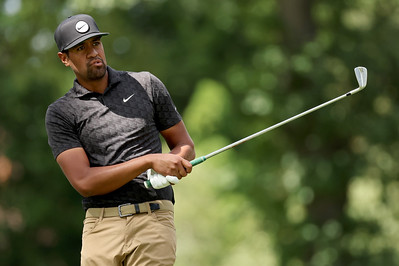 The Tour Championship is unique in that not every golfer is equal heading into the event. The PGA Tour utilizes a “starting strokes” system before the event, according to where a player is in the Fed Ex Cup standings.

The leader begins the Tour Championship at 10-under par. It is a huge advantage but not insurmountable. The second-place leader in the FedEx Cup standings starts at 8-under, third is 7-under, fourth is 6-under, and fifth is 5-under.

It provides the Top 5 with a jump on the rest of the field. A player that is in 16-30 spot in the standings begins at even par, 10 shots back of the golfer in first place.

A win at the St. Jude or BMW earns golfers 2,000 points. Look for golfers that are in the Top 20 of the standings after the St. Jude to be near the top at the Tour Championship.

Keep an eye on the hot golfers. Tony Finau has been on a tear as of late. The 32-year-old has won his last two events, the 3M Open and Rocket Mortgage Classic. Golfers on a roll should always been looked at closely.

Finau won the first FedEx Cup event last year, the Northern Trust. Can he do it again? He’s at +2200. Definitely worth a bet. 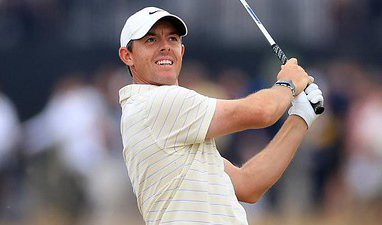 Rory McIlroy is the favorite for this week’s St. Jude Championship The Irishman is getting +900 odds at BetRivers. The next closest is Patrick Cantlay at +1200. Sheffler is third at +1400 and Smith is at +1600.

McIlroy is a decent bet as far as favorites go. The 33-year-old won the Fed Ex Cup in 2016 and 2019. He has won twice this season on the PGA Tour. His most recent tournament was the Open Championship where he finished third, but had a chance to claim the major championship.

McIlroy is sixth in the standings and a victory would certainly put him in the lead or near it. This is the type of format McIlroy seems to excel at and I wouldn’t be surprised if he won this week.

It’s always hard picking an outright winner, but some of the proposition bets for the St. Jude could be worth a look.

Justin Thomas to finish in the Top 10 at +175 is one that jumps out. Thomas has been a bit sluggish lately, so I don’t like him to win this event. I do like him to be in the mix, however. He won at this golf course in 2020 and always seems to do well in the FedEx Cup Playoffs. He is eighth going into the St. Jude so a Top 10 will definitely help his position.

One golfer I have been touting is Joohyun Kim. The 20-year-old South Korean has made a splash on the PGA Tour, winning last week’s Wyndham Championship. Not bad for someone who has only played in 14 tour events.

He is +300 to be the top Asian and finish ahead of countryman Sungjae Im, who is at +240. If you want to hedge your bet, put money on both of them. I don’t think any other Asian golfer will be in the mix.

For my final prop bet I like to throw a couple of bucks on a wild wager. For this tournament I am taking Matt Fitzpatrick and Thomas to finish in the Top 10. The odds are +600 and I like backing the US Open winner and a golfer that has won at this course before.

Where to watch the FedEx St. Jude Championship:

Golf Channel will provide exclusive TV coverage of the first two rounds and early coverage on the weekend, and NBC will take over for the majority of the third and final rounds on Saturday and Sunday.