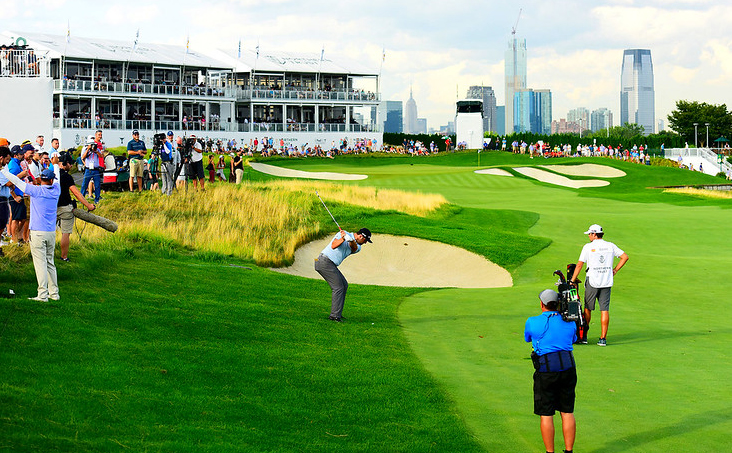 The FedEx Cup Playoffs are on with the Northern Trust, with 125 PGA Tour golfers on the quest for the $15 million first prize.

The FedEx Cup Playoffs begin this week with the Northern Trust; 125 PGA Tour golfers are on the hunt for the $15 million first prize.

In the last 14 years of the season-ending playoffs, only three golfers outside the Top 15 have gone on to win. Brandt Snedeker did it in 2012, Billy Horschel in 2014, and Rory McIlroy in 2016.

Last year, Dustin Johnson was No. 1 going into the playoffs and captured the title. The 37-year-old was helped by a scoring system that put Johnson at 10-under par before the start of the final event of the playoffs, the Tour Championship.

The staggered system, implemented for the first time last year, gives the top seed going into the championship a huge advantage—10 strokes ahead of the field before a shot is even hit.

But being a No. 1 seed doesn’t automatically guarantee success. Johnson was the first No. 1 to win in more than 11 years, and only two others (Tiger Woods twice, and Vijay Singh) have won as the top seed. Johnson also holds the record of most FedEx Cup events won at six. McIlroy has five, and Tiger has four.

Get a risk-free bet of up to $5,000 when you create a new-player account at Caesars Sportsbook. 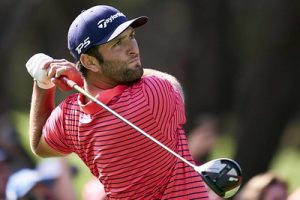 Oddsmakers are bullish on Jon Rahm (l.), making the Spaniard their top pick to win this week’s event, the Northern Trust. Caesars Sportsbook (formerly William Hill) has him second to win the FedEx Cup Playoffs at +650, just behind Morikawa at +600.

At the Northern Trust, played at Liberty National Golf Club in Jersey City, New Jersey, Rahm is at +1100. Jordan Spieth, Rory McIlroy, and Johnson are next at +1800.

Rahm finished fourth last year in the FedEx Cup. This year, he took some time off after testing positive for Covid-19 right before the Olympics in July. Still the No. 1 golfer in the Official World Golf Rankings, Rahm told reporters Tuesday he should be ready to go by Thursday.

“I’m probably going to be a little bit more rested than most people, but at the same time, I haven’t played competitively in four weeks,” he said. “There might be a slight bit of rust, but I’m pretty sure that’s going to go quickly just because of how happy and how excited I am to be back and be competing.”

Look Past Favorites for Hidden Gems 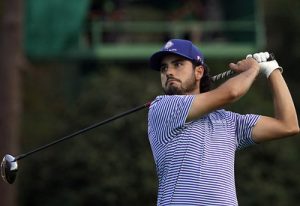 While Collin Morikawa, Rahm, and Spieth will get plenty of attention to win the FedEx, there might be some value in taking lesser known golfers. One who jumps out is Abraham Ancer (l.). The Mexican golfer, No. 6 in the standings, is coming into the playoffs on a bit of a hot streak, and at +2200 to capture the title, might be worth taking a flyer on. He is +3500 to win this week.

Ancer won the WGC FedEx St. Jude Invitational a week ago, and has six other Top 10 finishes. He told reporters Tuesday that he’s learned how to enter this stretch of the season.

Another golfer to look at is Bryson DeChambeau. The long hitter is +1600 to win the title, and is also +2600 to win this week. The 27-year-old had hit a mid-season lull after winning the Arnold Palmer Invitational in March, but he did finish tied for eighth at his last event, the WGC FedEx St. Jude Invitational.

New players at BetMGM.com get a risk-free bet up to $1,000. If your first bet loses, you’ll get the same amount back in free bets.