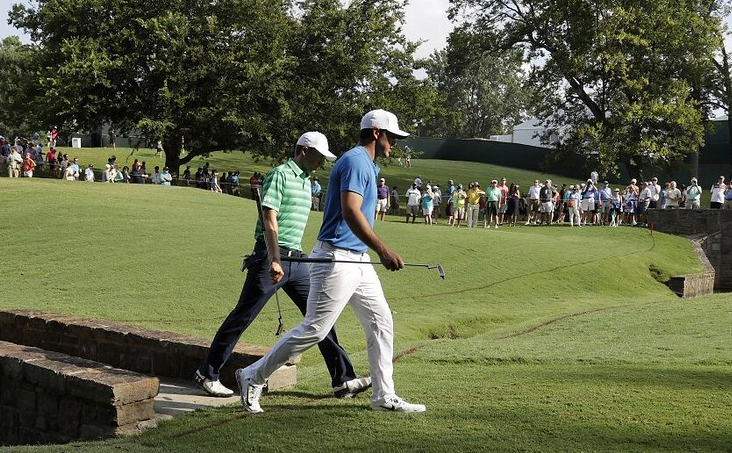 With the four majors done, pro golf has hit a bit of a lull. But the PGA Tour adds some excitement this week with a World Golf Championship event.

With the four major championships over for the year and Olympic men’s golf also finished, professional golf has hit a bit of a lull. The PGA Tour will add some excitement to the schedule this week with a World Golf Championship event.

The field is strong for this week’s WGC FedEx St. Jude Invitational. It includes 48 of the Official World Golf Rankings’ Top 50. Brooks Koepka is the favorite, fetching +1200 at BetMGM. No. 1-ranked Jon Rahm isn’t playing after testing positive for Covid-19 last month (he missed the Olympics for the same reason).

One player who’s excited to be playing this time of the year is defending champion Justin Thomas, who’s +1800 to win the FedEx St. Jude. Thomas is trying to rebound after what he says has been a disappointing 2021 season so far.

“It definitely is harder to look at the year as a whole knowing that I played so poorly in the majors,” he said. “Even if I win these last four events, it won’t be a great season to me because I didn’t win a major.”

Thomas said he didn’t have a hard time preparing for this event, the Playoffs and the Tour Championship. “Anytime you have a chance to add your name to history, that’s good enough for me.”

Big plays are pay days at BetMGM.com. New customers start with a risk-free bet, up to $600.

In Tokyo, the 28-year-old hoped to fulfill a goal he’s had for a while, winning an Olympic gold medal, but Thomas finished tied for 22nd. He said playing for your country as an individual is different from a team event like the Ryder Cup.

“No offense to Xander (Schauffele), Collin (Morikawa) and Patrick (Reed), but I wasn’t rooting for them as hard as I would be in a team event,” Thomas said. “Obviously if I can’t play well, like I didn’t, I was glad to see Xander win the gold. Collin obviously almost got a medal as well. So that’s great for our country, great for golf, great for U.S. golf.”

Thomas got a close-up look at the gold medal, however. He’s staying with Schauffele this week and said holding the hardware made him envious. “That might have been the most jealous of someone I’ve been. That gold medal is so sick, it’s so cool, it’s so unique.”

Schauffele Ready for Another Gold Standard

Winning on another continent takes a lot out of a golfer, but Xander Schauffele—who’s +1400 to win this week—is still riding that Olympic high. He told reporters Tuesday, “Still really excited, just an overwhelming amount of positivity coming my way.”

While this is the only win for the 27-year-old this year, Schauffele has had some strong finishes. He was second at the Farmers Insurance Open and the Waste Management Phoenix Open in successive weeks, and also posted a T3 at the Masters Tournament and a T7 at the U.S. Open. Now, he’s ready to win his first PGA Tour event of the season.

Boost your personalized parlays at PointsBet.com. Get 1 Boost on traditional parlays and 1 on single game parlays every day!

Koepka in the Lead

Koepka, who won this tournament in its first outing in 2019, is the PointsBet favorite at +1100, followed by Collin Morikawa (+1200). Schauffele is tied with Jordan Spieth at +1400. Dustin Johnson at +1800 is hoping for his first win since the Masters in November.

Thomas is +2000 at PointsBet along with Daniel Berger, Louis Oosthuizen, Rory McIlroy and Viktor Hovland.

Bryson DeChambeau follows at +2800 in the wake of a Covid diagnosis and a tumultuous performance at the Open Championship. Phil Mickelson brings up the rear at +10000.

Check out the odds from Caesars Sportsbook (formerly William Hill): 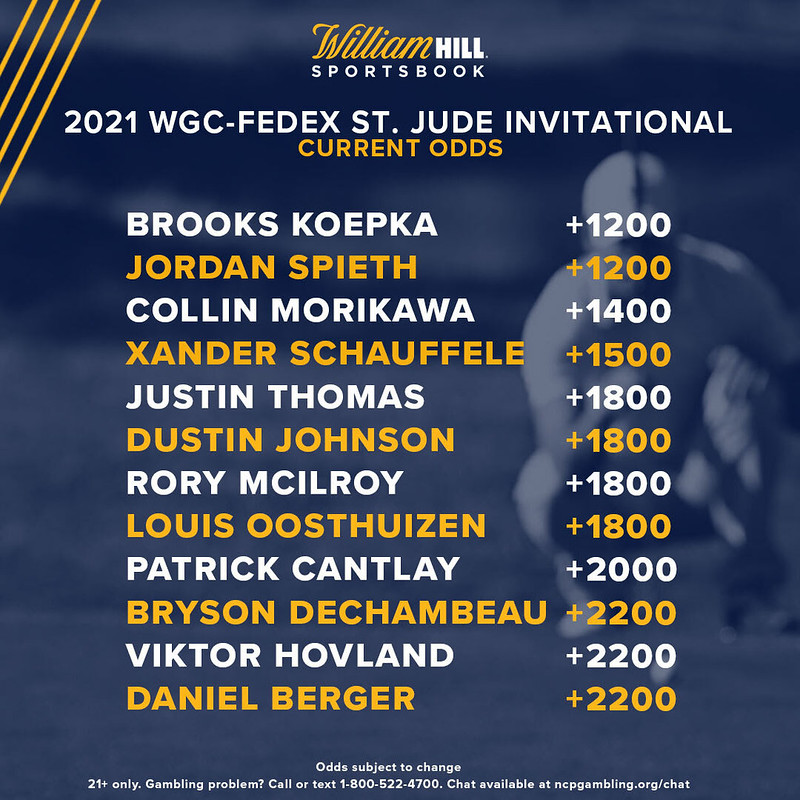 Register a new sportsbook or online account at CaesarsSportsbook.com. If you lose your first bet, earn a Free Bet in equal value up to $5,000!