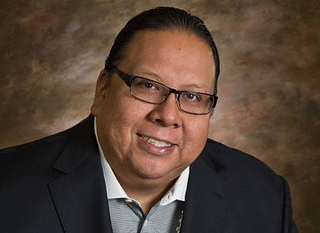 The U.S. Treasury Department has begun distributing $8 billion as part of the Coronavirus Aid, Relief, and Economic Security (CARES) Act money to tribes after several tribes won a temporary court victory April 27 that prevents any of the money from going to Alaska Native corporations—for now.

The relief funding is part of a $2.2 trillion rescue package approved in March. It was supposed to have been distributed by April 26 but the Department says it is struggling with a method for doing that.

Treasury is also withholding an undisclosed amount until the final resolution of the court case while federal judge Amit Mehta determines whether the Alaska Native corporations are the legal equivalent of federally recognized tribes.

This has prompted another lawsuit from tribes in Arizona, North Dakota, Oklahoma, Wyoming and California who claim that the Treasury Department can’t withhold any of the funds.

President Donald Trump, who last week visited several of the tribes in Arizona that will get the funding, called it the “single largest investment in Indian Country in our history.” The president was participating in a tribal town hall style meeting held near Phoenix.

Gila River Indian Community Governor Stephen Roe Lewis, who met the president, countered that the funding was “woefully inadequate.” Tribes have sought $20 billion, not $8 billion, to help them recover from having to shut down tribal casinos, shutter tourism and other businesses that help fund governmental operations.

Roe added, “Indian tribes can’t wait for that litigation to end before additional payments are made to us from the fund. If you can, please direct the Treasury to make these payments as soon as possible.”

Some Indian leaders complain that states, cities and counties received funding before any began being distributed to tribes.

The department began distributing the funds nine days after the April 26 deadline to do so set by Congress. However, it only made $4.8 billion available of the $8 billion that had been approved.

Senator Tom Udall, vice chairman of the U.S. Senate Committee on Indian Affairs during a press conference last week said that Congress never intended any of the money for the ANCs. “It is deplorable that Treasury held up these funds. On the next day after the court decision, they should have released all of the $8 billion intended for tribes. Tribes need the money now. With this court case the rest of the funds could be held up for a long time. In the next round, we will make sure this does not happen again,” said the senator.

The formula the Treasury Department has announced for distribution will give 60 percent to tribes based on population and 40 percent based on the total number of persons that tribes and tribal businesses own.

NY Casinos Could Be