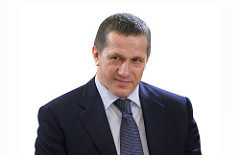 Local authorities have been booted out when it comes to developing the remaining casino sites in the Primorye region of Vladivostok. The Russian federal government will take over and speed up the process, according to Deputy Prime Minister and Plenipotentiary Representative of the President in Russia’s Far Eastern Federal District Yuri Trutnev.

“The gaming zone in Primorye is developing slowly, and we recently held a meeting during which we decided to file lawsuits against four out of two investors in the zone to request their agreements to be terminated because they do not do anything there,” he told the Tass news agency.

Currently only one casino has been opened, the Tigre de Cristal owned by a subsidiary of Melco International. But even that project has been criticized by Trutnev for being slow in implementing later phases of the project.

Cambodia’s NagaCorp has development rights to another parcel, but archeological work held up construction there for a while, but is now ready to commence.

Now they are assuring us that they will begin work this year and quickly implement the project,” Trutnev said.

A third project was abandoned when a court negated a contract with the Russian company Royal Time Primorye. And reports indicate that the fourth and the last investor—Diamond Fortune Holdings Prim—has just recently begun construction.

“Today’s trip is a ‘road show’ during which we talk about a new stage in the project’s implementation, we will take it under federal patronage,” Trutnev said.