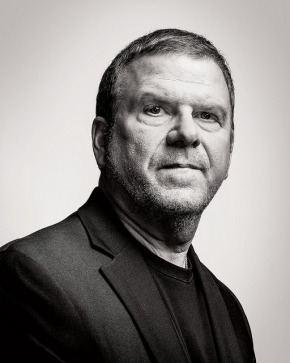 Tilman Fertitta, billionaire owner of the Golden Nugget casinos, the Landry’s restaurant chain and the NBA’s Houston Rockets and host of CNBC’s Billion Dollar Buyer reality program, has approached Caesars Entertainment with a merger offer that values the Las Vegas-based casino giant at $13 a share.

Sources cited by Reuters and CNBC said Fertitta is looking to interest Caesars in a reverse merger in which Caesars would be the acquirer and Caesars shareholders, including private equity firms Apollo Global Management and TPG Capital, would be shareholders in the combined company, with Fertitta as chairman and CEO.

Caesars (NASDAQ: CZR), coping with general softness in its prime Las Vegas Strip market, had seen its shares plummet 28 percent year to date as of last Tuesday after warning of slower Q3 growth with its second-quarter earnings report in August. The stock leapt after Reuters first reported the offer on Wednesday. It was up more than 12 percent to $10.25 at the close on Thursday.

However, it was far from clear late last week how the offer would fly, with Caesars commanding a market capitalization of around $7 billion after last week’s rally and Fertitta’s net worth pegged by Forbes at $4.5 billion.

Caesars, Apollo and TPG declined to comment, while Fertitta and his representatives were similarly mum, according to Reuters.

Fertitta, 61, is best known for building Landry’s into a nationwide powerhouse featuring brands such as Saltgrass Steak House and Joe’s Crab Shack. He owns more than 600 restaurants in all, including the McCormick & Schmick, Morton’s and Rainforest Café chains.

One of the keys to his success has been to feature his restaurants in his casinos and to aggressively market them together via advertising and a customer loyalty program.

His combined holdings were good for $650 million in EBITDA last year on total sales of $3.5 billion, according to data compiled by the Bloomberg Billionaires Index. But he borrowed heavily to buy the Rockets for $2.2 billion last year, and his company’s current debt stands at around $4.3 billion.

A merger with Caesars would dramatically increase his casino holdings—with the vastly expanded restaurant cross-marketing opportunities that go with that, not to mention a big-time entry into the burgeoning U.S. sports betting market—while enabling him to fold his debt into the larger company.

Caesars, which has been an aggressive acquirer in its own right, could see the prospects playing nicely into its own plans as well.

The parent of brands that include Caesars, Harrah’s and Horseshoe, Caesars owns or operates 49 casinos in 13 states and in Great Britain, Canada, Egypt and South Africa. Caesars recently acquired two racinos in Indiana.

But the company missed out on the Macau boom—which it’s looking to compensate for by planting its flag in Japan, South Korea and Australia—and a protracted bankruptcy reorganization has forced it to play catch-up domestically and internationally with mega-rivals MGM Resorts International, Wynn Resorts and Las Vegas Sands.

The one jurisdiction that might cause a problem for the proposed combination would be Atlantic City. Caesars owns three properties out of nine in the resort, and with Fertitta’s Golden Nugget, it may constitute as too much capacity for one company if determined by the state Division of Gaming Enforcement. Some speculate that the lagging Bally’s could close or one of the properties could be sold to a company like Boyd Gaming, which until recently operated the Borgata with its former partner and now sole owner, MGM Resorts.

Caesars is still paying down around $9 billion of debt, but the reorganization, which was concluded last autumn after 18 months of difficult wrangling with creditors, allowed it to shed more than $10 billion of obligations stemming from Apollo’s and TPG’s 2008 acquisition of Harrah’s Entertainment and gave it a REIT partner to offload its real property onto and furnish leverage for diversifying out of Las Vegas. Last November, the company concluded a deal to buy privately owned Indiana casino and horse racing company Centaur Holdings for $1.7 billion and is currently exploring a multibillion-dollar bid for Jack Entertainment, the casino operator owned by Quicken Loans founder Dan Gilbert.

Sources close to Fertitta’s plan said it calls for exchanging stock in a private company owned by Fertitta for shares in Caesars at the same multiple that Caesars currently trades. There would then be somewhere between a $2 billion and $3 billion “Dutch” tender to give Caesars shareholders an option to sell, with Fertitta emerging as the largest single shareholder. Caesars also would sell the land and buildings associated with Landry’s and Golden Nugget to a REIT, using some of that cash to repurchase its own shares. Vici Properties was a Caesars spinoff formed last year and currently owns a majority of the Caesars real estate. It’s not clear if Vici has had any role in the ongoing negotiations.

The deal would not affect Fertitta’s 100 percent ownership of the Rockets, CNBC said.

Santarelli calculates the $13 offer at 8.5 times his 2019 EBITDAR estimate for Caesars, saying, “At the very least, it brings interested parties to the table and reminds investors that nonsensical valuations don’t go unnoticed within the industry.”

Conversely, Cameron McKnight of Credit Suisse said Golden Nugget’s high-quality portfolio would be additive and sees potential synergy opportunities around sports betting, while Fertitta would be a great addition to Caesars management as he’s well-known and respected and a successful cost-cutter. He reiterated his “outperform” rating on CZR and has named the stock his top gaming pick.

McKnight said the proposed deal is just the latest example of consolidation within the gaming industry.

Chad Beynon of Macquarie Securities said last week he was holding to his $15 target for CZR, implying the offering price could go higher.

Fertitta is a cousin to Frank and Lorenzo Fertitta, who own and operate Red Rock Resorts (formerly Station Casinos), based in Las Vegas. The relationship between the cousins has reportedly been tense for years.