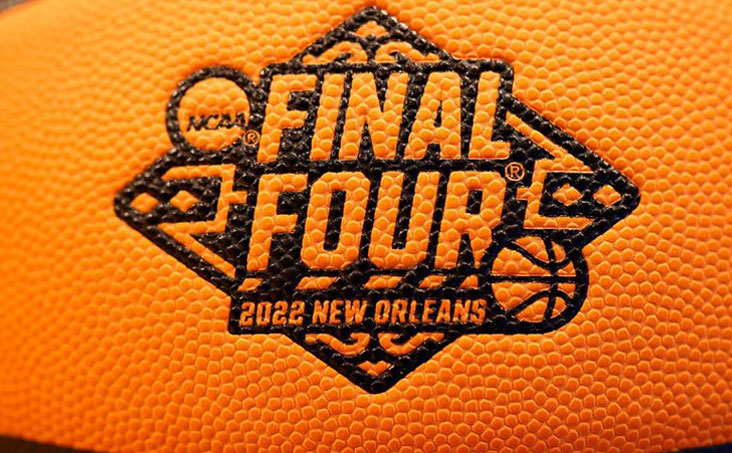 March Madness is lightning-hot. Here’s our take on the Final Four and their chances to win the NCAA National Championship.

The NCAA Final Four is set with the Duke Blue Devils, the Villanova Wildcats, the Kansas Jayhawks and the North Carolina Tar Heels all having tickets for the dance.

Duke is the sentimental favorite to take the National Championship, because this is the last run for Coach Mike Krzyzewski. Villanova is back in the Final Four, four years after winning back in 2018. This is Kansas’ first trip back since losing that year to Villanova. The Tar Heels make their first appearance under Coach Hubert Davis and were in the championship game in 2016 where they lost at the buzzer to Villanova.

Last week, I hit five of my seven selections. For the entire tournament I am a combined 10–5.

I’m going with these teams in the Final Four: 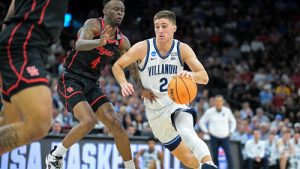 Kansas is favored by 4.5 and the total points are 132.5. The moneyline for this game is Kansas –200 and Villanova +170. Kansas is the only No. 1 seed left in the tournament. Villanova was seeded No. 2 in its bracket, will be without its second leading scorer, Justin Moore, who suffered a torn Achilles tendon during the win in the regional final against the Houston Cougars. Moore is also a primary ball-handler when Collin Gillespie isn’t in the game.

Since Villanova isn’t a very deep team, the Wildcats will be challenged to stay with the Jayhawks. Jay Wright is a better coach than Bill Self, and will produce some defenses to keep the game close. Kansas does have a balanced attack, and size up front. The Jayhawks have played better defense over their last eight games, allowing an average of 63 points over that span. Kansas has averaged over 70 points per game during than same timeframe. Kansas has won its last three games by an average of 12 points. Villanova averaged 61 points in its last three.

I don’t see how the Wildcats can compensate for the loss of Moore, offensively or defensively. Kansas gets a trip to the championship game. Take the Jayhawks moneyline and the game goes under.

Turn big plays into pay days! New customers at BetMGM start with a risk-free bet, up to $1,000. If your first bet loses, you’ll receive the amount of your wager back in free bets. 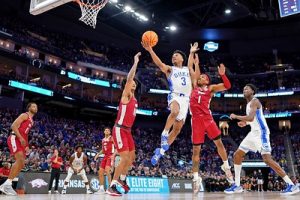 Duke is favored by four points and the total is 151. The moneyline is Duke –200 and Carolina +170. The teams have played twice in the ACC regular season. They split those games, with each winning on the opposing team’s home court. The average point total in those games was 164.

The Tar Heels won an overtime game against the Baylor Bears and a last-minute victory against the UCLA Bruins to get here. The Blue Devils have averaged more than 70 points in each game in the tournament. Since these teams are familiar with each other, I expect a shootout again. This is a rivalry game, and tough to call. Duke has the better team, and the Blue Devils want revenge against the Tar Heels for winning on Coach K’s last home game at Cameron Indoor Stadium.

The Blue Devils win and advance to the title game. I go with Duke minus the point and the game goes over.

Get $1,100 First Bet Insurance at Caesars Sportsbook. Place a first-time wager of up to $1,100, and you’ll get it back in the form of a Free Bet if you lose.

6 Reasons to Play On