Finally, NHL Playoffs In the Offing 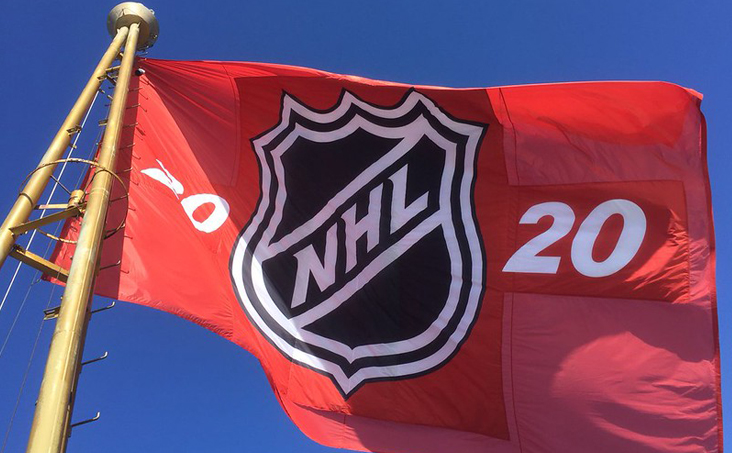 At last, an all-American sport is about to return! The National Hockey League, whose season was put on pause a couple months ago, has released its comeback plan. But lots of details are still undecided.

NHL Commissioner Gary Bettman has at last revealed his league’s plan for its return, although a firm comeback date remains to be seen.

On May 26, Bettman announced that the league and the players association agreed, 29-2, on a structure for completing the current season. In fact, the plan is to forego the rest of the regular season and jump right into an expanded playoff format.

The playoffs will welcome 24 teams as opposed to the usual 16, an attempt to avoid screwing over any teams that wouldn’t otherwise have had a chance to push for a playoff spot at the end of the regular season.

The top four teams in each conference in terms of points percentage will play in a separate round-robin tournament to determine seeding. These teams will be Boston, Tampa Bay, Washington and Philadelphia in the East and St. Louis, Colorado, Vegas and Dallas in the West.

While the round-robin plays out, the remaining 16 teams will play in a best-of-five series based on regular season seeding. This will act as the first round of the playoffs. After this round, the playoffs will be re-seeded based on the results of these two play-in tournaments. Then a standard Stanley Cup playoff format will ensue.

But Where Will They Play?

A lot of details regarding the playoff format are yet to be determined. One of them, obviously, is location.

The league has decided to play all games at two host cities, trying as much as possible to continue the isolation. Candidate cities include Chicago, Columbus, Dallas, Las Vegas, Los Angeles, Minneapolis and Pittsburgh in the lower 48, and Edmonton, Toronto and Vancouver in Canada.

But Canada’s two-week quarantine policy cities’ makes it unlikely any of the latter three cities will be chosen. That means nix to great NHL stadiums like the Rogers Arena (above), home ice of the Vancouver Canucks, in British Columbia.

There’s hockey in your future. Sign up to wager at BetMGM.com, and you’ll get a $10 Casino Freeplay when you bet on any sports future event.

Another detail that remains to be seen is the length of each playoff series. The current plan is to go best-of-five for the first two rounds and best-of-seven for the conference finals and Stanley Cup finals. But a lot of players are hoping for a universal seven-game series.

The league will move to Phase 2 of its return plan any day now. Phase 1 has been active since March 12, so this is a big step for the league. Phase 2 will allow for up to six players at a time at team training facilities. No one other than players will be permitted to attend these sessions—and that includes coaches, media, front office members, etc. All players must wear face coverings at all times.

Players involved will be required to take Covid-19 tests and self-administer temperature checks two days prior to training and for two days afterward. Finally, these players can only work out at team-designated facilities. No public gatherings will be tolerated.

This phase also requires a 14-day self-quarantine period before a player can participate in training if he travels via public transportation, such as on a commercial flight.

Phase 2 is a big step, but not the last step by any means. Phase 3 of the plan is the opening of team practices and training camps, which is looking like a mid-July sweet spot. Phase 4 will be the return of the season in those two host cities. So there’s still a lot of time for the details of the return to be tweaked and perfected.

As American sports fans, we can only hope to continue to see more news like this. Looks like the finish line is in sight.

Just talking about a return to action is enough to change the betting lines, but the Boston Bruins and Tampa Bay Lightning remain the favorites to win the Stanley Cup. After Bettman’s announcement, the Bruins and the Vegas Golden Knights were co-favorites at 11-2 on WilliamHill.com. The Lightning were listed at 6-1 NHL odds to win it all, while the Washington Capitals and reigning Stanley Cup champs St. Louis Blues were 8-1.