HomeThe ShuffleFive Bucks for a Seat at the Poker Table? Deal Me In, Borgata!

Five Bucks for a Seat at the Poker Table? Deal Me In, Borgata! 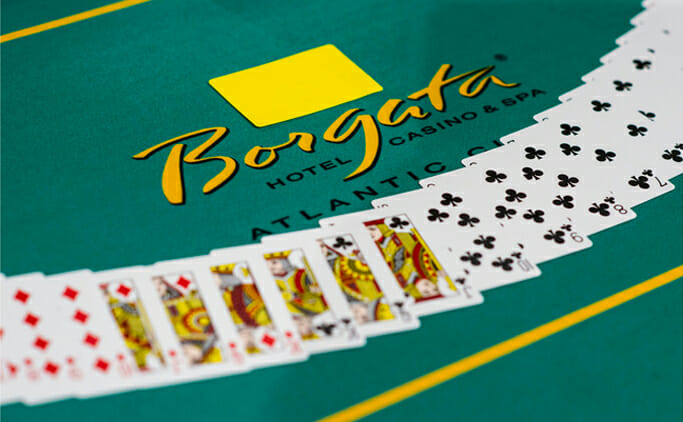 The World Series of Poker may get all the headlines, but check out Borgata’s Summer Poker Open, with buy-ins for as little as five bucks on BorgataPoker.com.

The World Series of Poker continues a stunningly successful series of online tournaments; the latest headline is a $300,000-plus win in the online championship for Nicholas Baris of Utica, New York. WSOP may get all the headlines, so it’s easy to forget the other options for online players.

This is especially true in New Jersey, where BorgataPoker.com continues to challenge the WSOP even as its World Series events play out.

First, the Borgata Hotel Casino & Spa has scheduled its live action Borgata Summer Poker Open for July 9 to July 26, right during the heart of the WSOP.

Why should online players care?

Well, these are precisely the events that BorgataPoker is running online satellites for. And as usual, BorgataPoker is starting off its qualifiers for as little as a $5 buy-in.

These daily $5 tournaments can win you a $45 seat for a daily satellite to Event 1 of the Summer Open, with satellites that run through July 10. Winners get a $600 buy-in seat for the live tournament in Atlantic City.

Here’s the schedule for the $400 Super Satellites:

Now keep in mind, playing satellites is like playing any other kind of tournament. There’s a prize pool and winners get to keep any money they earn as in any other tournament. The difference is that a percentage of players also get free buy-ins to the two big summer poker open events.

It may not be the WSOP in Vegas, but BorgataPoker.com makes its own excitement in New Jersey.