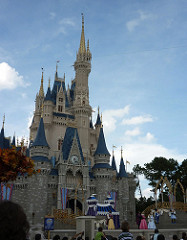 According to recently filed campaign records, in April, Disney Worldwide Services and the Seminole Tribe of Florida each donated $5 million to Voters in Charge, the group behind Amendment 3 which will appear on the November ballot and would give Florida voters exclusive rights to approve future casinos. The amendment would “ensure that Florida voters shall have the exclusive right to decide whether to authorize casino gambling,” according to the ballot summary.

John Sowinski, chairman of the group, said the effort “continues to gain momentum in critical areas, including fundraising, grassroots and social media. We have the support of over 1.1 million Florida voters who signed petitions, strong voter support, a growing regiment of grassroots leaders across Florida, committed donors and an experienced team in place. Where we are today is just the tip of the iceberg in terms what our campaign will look like as Election Day approaches.”

Sowinski said the Disney and Seminole funds will be used “to buy advertising for the final advocacy phase of the campaign.” If 60 percent of voters approve, the amendment would become law. In a statement, Voters in Charge said, “A poll released in February showed 76 percent of likely voters supported voter approval to authorize casino gambling in the state when initially asked about the amendment. That number increased to 84 percent when respondents were presented with balanced arguments for and against the amendment.”

Since fundraising began in October 2015, Voters in Charge has raised more than $16 million, including the $10 million contributed in April, officials said. They added the group still has $10.1 million cash on hand.

The statement also said Voters in Charge is stepping up its social media presence to add to its 23,000-plus likes on Facebook, and has teams of volunteers and paid professionals actively involved in grassroots efforts throughout the state.