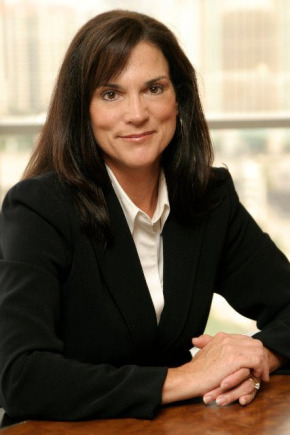 The Florida Senate Regulated Industries Committee recently voted 8-1 to approve SB 374, which would clarify that fantasy sports games are not illegal gambling and do not require regulation. The bill’s sponsor, state Senator Dana Young, said, “We’ve got 3 million Floridians that love playing these games, and they are looking to us to let them know that they are not engaging in some sort of criminal activity.” State Rep. Jason Brodeur filed a similar bill , HB 223, but it has not been heard in House committees. The bills are filed for the 2018 legislative session, which starts January 9.

Prior to the Senate committee vote, Seminole Tribe of Florida General Counsel Jim Shore sent a letter to legislators expressing concerns that the bill legalizing DFS without regulation would infringe on the tribe’s exclusive rights to offer certain casino games and violate the tribal-state gambling compact. Under the agreement, the tribe is required to pay the state $200 million annually, which the Seminoles said would end if the bill becomes law.

The letter read, “By providing this notice, the tribe hopes to avoid a situation where the state enacts legislation that inadvertently violates the tribe’s exclusivity. Federal law requires that any reduction in the tribe’s exclusivity must be balanced by some additional consideration from the state. Without such an agreement, the 2010 gaming compact would allow the tribe to cease all revenue sharing payments to the state based on the expanded gaming contemplated by these bills.”

The letter continued, “The tribe also is concerned about the substance of the bills and the lack of any form of regulation for an entire class of gaming activity. While it is premature to list all of the issues now, the tribe believes that the scope of permitted games and the appropriate regulatory structure are issues that should be addressed in detail before this legislation moves forward.”

In response, Young said, “This issue has been around since 2015 and this is the first time the tribe has raised the compact as it relates to fantasy sports.” She stated fantasy sports games are not gambling but are contests of skill. In support, Young referred to a legal opinion issued in February on behalf of DraftKings by former Florida Supreme Court Justice Ken Bell, stating, “Fantasy sports competitions, such as those sponsored by DraftKings, should not be classified as internet gambling as they do not constitute an online bet or gamble.”

State Senator Dorothy Hukill, vice chair of the Senate committee, voted no on Young’s bill. “I don’t think the issues raised are clear. Is this a game of skill or not? I don’t think that’s clear, at least for now. If I knew more, I would do an amendment to the bill,” she said.

In 1991, Florida’s then-Attorney General Bob Butterworth issued an opinion that fantasy football leagues were a form of illegal gambling. Since then, however, DraftKings and FanDuel have been accepting players from Florida, but not Yahoo. A 2006 federal law banned online gambling but specifically exempted fantasy sports.