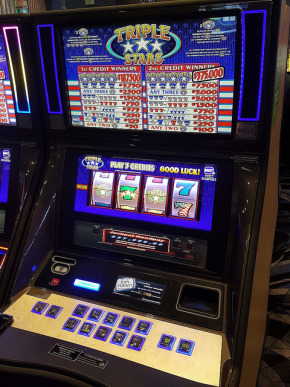 Florida legislative leaders failed to act on any gambling measure by Sunday, March 11, the deadline to finalize gambling legislation. Under deadline pressure, members of the House conference committee on gaming had agreed to renew the multibillion-dollar compact with the Seminole Tribe of Florida. They also voted to allow three yet-to-be-determined counties that had voted to allow slots to add them their dog racetracks.

The three counties were required to meet certain conditions designed to minimize competition with the Seminole Tribe’s Hard Rock and other casinos. For example, no facility may be located within 100 miles of the Seminole Tribe’s Tampa Hard Rock. Any facility within 25 miles of the tribe’s remaining casinos also would not be eligible, including Naples/Fort Myers Greyhound Racing track, run by the Havenick family. But parimutuels in St. Lucie County, where Senate President Joe Negron said he wants to honor the voters’ decision, would be eligible.

The House proposal would also have required the selected counties to conduct a second referendum to confirm the first, to be held after July 1. And owners would have had to surrender a gambling permit at one of their locations and agree to “permanent termination of all gaming activities at that permitted location.” For example, the Alabama-based Poarch Band of Creek Indians operates tracks in Gretna and a greyhound venue in Pensacola; it would have to shut down greyhound operations to get slots in Greta. In addition, the new casinos would have to generate at least $40 million in annual slot machine taxes and fees.

The conference committee bill also would have required the eight casinos in Miami-Dade and Broward to reduce the maximum number of authorized machines from 2,000 to 1,500.

Until agreeing to the compromise, the House had spent the entire session resisting expanded gambling. HB 223 authorizes the 20-year agreement the tribe negotiated with Governor Rick Scott in 2016, allowing the tribe to add craps and roulette at seven casinos in exchange for $3 billion over seven years. The bill also exempts fantasy sports games from state gambling regulations.

The Senate bill had proposed expanding slot machines in eight counties that voted for them, but the Seminoles opposed that provision. It also would have allowed dog and horse racetracks to decouple racing from lucrative card games; the House bill did not allow decoupling. Both the House and Senate earlier rejected amendments that would have legalized pre-reveal games. A lawsuit about the legality of the machines is pending in the 1st District Court of Appeal.

The roadblock was the Senate, where negotiators weren’t anxious to upset the status quo.

This could be the last time gambling measures are considered in the Florida legislature, as a constitutional amendment on the November ballot would allow voters—not lawmakers–to control future gambling. The Seminoles and the Disney Company have been the main backers of the Voter Control of Gambling Amendment. It requires 60 percent approval to become effective, and would require a statewide referendum for any expansion of gaming.

State Rep. Mike LaRosa said the failure to reach an agreement stemmed from a dispute over expanding slots, which was “the big elephant in the room.”