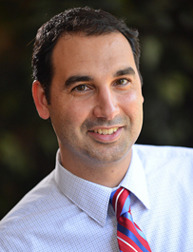 Gambling was not supposed to be addressed during the current Florida legislative session. But the Voter Control of Gambling Amendment which gathered enough signatures to appear on the November ballot has altered the gaming landscape and brought House and Senate leaders together. State Senator Bill Galvano noted because the proposed constitutional amendment would require the approval of voters, not legislators, for any future casino gambling, the lawmakers face their last chance to fashion a gambling footprint for Florida before the session ends March 9.

State Rep. Jose Oliva, in line to become the next House Speaker, added, “If we want to have a say in what gaming is going to look like for the next several decades, now is the time to act.” Disney Worldwide and the Seminole Tribe of Florida were the primary financial backers of the ballot issue, which would require 60 percent of voters’ approval to become law.

The House Tourism & Gaming Control Committee recently voted 9-6 to approve an 83-page omnibus gambling bill. It includes proposal that “extends for 20 years both the Seminole Tribe’s current exclusive authorization to conduct banked games like blackjack statewide and the tribe’s current exclusive authorization to conduct slot machine gaming outside of Miami-Dade and Broward Counties.” In exchange, “the tribe will make revenue sharing payments totaling at least $3 billion to the state during the first seven years of the 2018 compact.” In late 2015 Governor Rick Scott made a deal with tribal leaders for blackjack exclusivity in exchange for $250 million annually, but lawmakers rejected the agreement.

The House bill includes Speaker Richard Corcoran’s requirement that most of the revenue sharing funds to go into education programs designed to expand charter schools called Schools of Hope and to fund a controversial bonus pay initiative called Best and Brightest. Democrats voted against this proposal, calling it a “poison pill” they could not accept. State Rep. Joe Geller said, “Those are bad programs that no member from my side of the aisle votes for, with rare, rare exceptions. This is a bad deal.”

Regarding decoupling—allowing track owners to drop live racing but offer other forms of gambling—the House bill does not allow it, but the Senate bill does. State Rep. Jared Moskowitz said forcing racetrack owners to continue racing to keep their gambling permits was a “communist solution.” Lawmakers said the House bill would provide market protection to racing industry since decoupling would violate provisions of the Seminole compact and risk losing revenue from the tribe.

The House bill has the support of the anti-gaming group No Casinos, the Florida Thoroughbred Breeders Association and the Florida Greyhound Association. Democrats oppose the bill and want to give horse and dog tracks that must compete with the Seminoles more gaming options.

The House bill also states popular and lucrative designated player games to be “illegal and prohibited.” The Seminoles sued the state last year over allowing designated player games; the suit was settled out of court. The tribe claimed some of the games too closely resembled blackjack, which the tribe offers exclusively in Florida, and threatened to withhold its revenue sharing payments.

But House Tourism & Gaming Control Committee Chairman Mike La Rosa stated, “Can we have more discussion about it? Potentially. But right now, we’ve taken a hard line saying, ‘Hey, these are illegal.’ I think it clarifies it for everybody.”

The House legislation also would ban pre-reveal machines that allow players to press a “preview” button before a play can be activated. A Tallahassee judge ruled they are illegal slots but the case is under appeal.

Committee chair LaRosa said the House Bill “would probably box up all gaming and gambling in the state of Florida for 20 years.”

He said he wasn’t sure if the bill would now go to another committee or to the full House. “But I think we need to settle in with our friends on the Senate side and understand where they’re going,” he said, adding he would prefer to “potentially” move to conference committee sooner rather than later. Last year a similar conference failed to pass a compromise bill.

Commenting on the House legislation, Corcoran said, “We would love to have a long-standing, 20, 30 year certainty of what gaming looks like for Florida. At the same time, we would like to see a contraction of gambling, given our make-up as a family-values state.”

Asked about the House gambling measure, Galvano said, “That bill won’t work in the Senate. It won’t work. I think skeptical is a good word for it. But it’s still important that we do what we can to ensure that we don’t find ourselves in November with no authority and no revenue share.” He added, “On the positive side, the House is still open to a gaming discussion because they’re putting a bill out there that they know the Senate won’t take up and pass. So it’s either a perfunctory exercise or there’s hope for discussion.”

Another issue is daily fantasy sports betting. A bill to exempt DFS from state gambling regulation has moved to the Senate floor. But it’s another bone of contention between the state and the Seminole Tribe, which sent a letter warning lawmakers that if any fantasy sports bills are approved in this session, that would violate the Seminole Compact. State Senator Dana Young has stated fantasy sports play does not violate the compact’s exclusivity provision. In a legal memo, she noted DFS does not “constitute an online bet or gamble.”

In the House, state Rep. Jason Brodeur’s DFS measure has cleared one of its three committees so far. An estimated three million Floridians play fantasy sports.