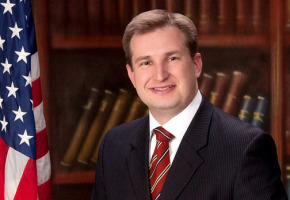 Florida state Rep. Jason Brodeur recently filed HB149, which would declare daily fantasy sports is a game of skill, not luck, thereby removing it from oversight by the Department of Business and Professional Regulation, which oversees parimutuels, poker, slots and other gambling. “The millions of Floridians who play fantasy games deserve to know that what they’re doing is not a crime. The question was never answered,” Brodeur said. No companion bill has been filed so far in the Florida Senate.

DraftKings and FanDuel spokesman Marc La Vorgna said, “The companies look forward to working with Rep. Brodeur during the upcoming legislative session and, on behalf of the 3 million Floridians who love fantasy sports and want to keep their favorite pastime legal, we thank him for his support of fantasy sports.”

Florida gaming lawyer Daniel Wallach pointed out, “In Florida it is illegal to bet or wager on both games of chance and contests of skill. So calling it a ‘contest of skill’ does not insulate the games under Florida law because wagering in those types of contests is also illegal. In my view, DFS would probably be considered ‘gambling’ under Florida’s broad test.” As a result, Wallach said, Brodeur’s bill is “a straight-up decriminalization measure that comes at a potentially heavy cost for consumers, with no regulatory oversight, and, even worse, no regulations unlike in other states.”

Brodeur said his bill would considers DFS play to be legal providing “all winning outcomes reflect the relative knowledge and skill of the participants and shall be determined predominantly by accumulated statistical results of the performance of individuals, including athletes in the case of sports events.”

Wallach added, “No fantasy sports player has ever been prosecuted in Florida, or nationally for that matter, simply for competing in a fantasy sports contest, and it is unlikely that any federal or state law enforcement agency would target players for prosecution even if the law were to remain unchanged.”

DFS betting also has become an issue in Wisconsin, where the organization Citizens Against Expanded Gambling has been formed to oppose it. The group is planning to hold town hall meetings in several locations, starting with Burlington later this month. Executive Director Lorri Pickens said, “The industry spends millions of dollars getting their economic-growth sound bites out. We, with a very little budget, have very little opportunity to be able to poke out heads out and say, ‘You know what, wait a minute. It’s not all sunshine.’ “

Pickens said group members consider DFS a game of chance, and regulating it would “make a virtual casino and lottery retailer available to every Wisconsinite with a smart phone or other internet-capable device.”

However, DFS supporters, like state Rep. Tyler Vorpagel, believe regulatory and consumer protection guidelines should be established in Wisconsin to protect DFS companies against legal action taken in other states. Last year Vorpagel introduced a bill that stated DFS games are not gambling; players must be 18 years or older; and outlined restrictions on DFS operators and employees. He said, “There are over 900,000 Wisconsinites who play fantasy sports and want DFS to continue to exist in Wisconsin, with appropriate protections.” However, the measure did not advance beyond a public hearing.

DFS betting is legal in 13 states, illegal in five and unregulated in the rest. The American Gaming Association has been promoting legalizing sports betting, which is much larger than DFS, and has been campaigning for the repeal of the 1992 Professional and Amateur Sports Protection Act, which prohibits sports gambling.