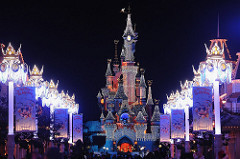 Two months ago, a poll by Hill Research Consultants indicated 71 percent of voters would vote yes, 18 percent would vote no with the remainder undecided.

In the most recent poll, 41.5 percent of those questioned said they were registered Democrats, 40.5 percent were Republicans and 18 percent did not belong to one of the major parties. The poll has a margin of error of 4.4 percentage points.

In September, Voters in Charge, the political group behind Amendment 3, received $5 million from Disney Worldwide and from the Seminole Tribe of Florida, according to newly filed campaign finance reports. To date,

Meanwhile Melbourne Greyhound Park recently contributed $50,000 to the political committee Don’t Lose Your Control Inc., bringing the racetrack’s total contributions since early August to $145,000, according to the Florida Division of Elections. The committee, which is at least the third PAC formed to oppose Amendment 3, has received no other contributions. The other committees, Citizens for the Truth About Amendment 3 and Vote NO on 3, merged to raise more than $4.1 million as of September 14, reports indicate.