For Bettors, Bookies, a Super Sleeper 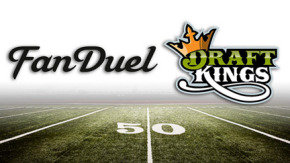 Super Bowl LIII, the first to see legal betting outside Nevada proved as underwhelming for the nation’s bookmakers as it appears to have been for football fans.

Figures released by gaming regulators in Nevada, New Jersey and Mississippi show roughly $185.4 million was risked by bettors in the three states. There was also action in Rhode Island, Delaware and West Virginia, at three casinos in Pennsylvania and one location in New Mexico, but results from those jurisdictions were not immediately available.

For CBS, the New England Patriots’ 13-3 victory over the Los Angeles Rams in Atlanta—a lackluster affair compared to the Philadelphia Eagles’ 41-33 upset of the Patriots in 2018—drew the lowest viewership in 10 years.

“I thought the enthusiasm for the game was less this year,” said Joe Asher, chief executive of Las Vegas-based William Hill US. “The Rams just don’t have the passionate fan base the Eagles do, and the Patriots fans have had plenty of chances to take in a Super Bowl in Vegas.”

The game arrived with lofty predictions for betting volumes after the U.S. Supreme Court last spring overturned a decades-long federal ban on sports betting outside Nevada and sent states rushing to legalize and get in on the action.

The low score—it was, in fact, the lowest-scoring Super Bowl ever—didn’t help. For Dominic Mansour, CEO of Bragg Gaming Group, a sports-betting news site in the UK, it probably meant there were fewer in-play bets, which can make up as much as 70 percent of a game’s action.

“When a game is that boring, it’s bad for the sport-betting sites,” he said.

On the plus side, Nevada’s books kept $10.8 million of wagers on the game for a better-than-average win percentage of 7.4 percent. Last year, they won only 1 percent of bets.

“I would characterize it as a solid day. It wasn’t a bad day or a great day; it was right in the middle,” said Jay Kornegay, vice president of race and sports book operations at Westgate Las Vegas Superbook.

New Jersey’s first foray in the legal Super Bowl market resulted in sports books at Atlantic City’s casinos and the state’s racetracks paying out $39.5 million on $34.9 million in bets for a loss of $4.6 million. There, too, the handle was far lower than many analysts expected. But that’s not to say the books weren’t pleased overall. Asher called it “by far our biggest day ever in New Jersey in terms of handle”.

DraftKings, which runs mobile wagering in the state and an in-person book at Resorts Casino Hotel, said its handle set a company record. But its online operation wound up paying out $11 million and took a “relatively small” loss, said sports book director Johnny Avello.

FanDuel, which operates online and at the Meadowlands Racetrack outside New York City, had a tougher day. Seventy-five percent of its wagers came in on the winning Patriots. The site wound up losing $5 million.

A similar slant to the action occurred in Rhode Island, where betting was “especially strong,” said Asher. “There are a lot of Patriots fans back there, so our pockets are a little light today.”

In Mississippi, the only other state to report, the commercial casinos took $4.67 million in bets.

“Business was slow and the game was dull,” an insider there told betting news website Sports Handle.