Forget the QBs: Ja’Marr Chase is the Best OROY Bet 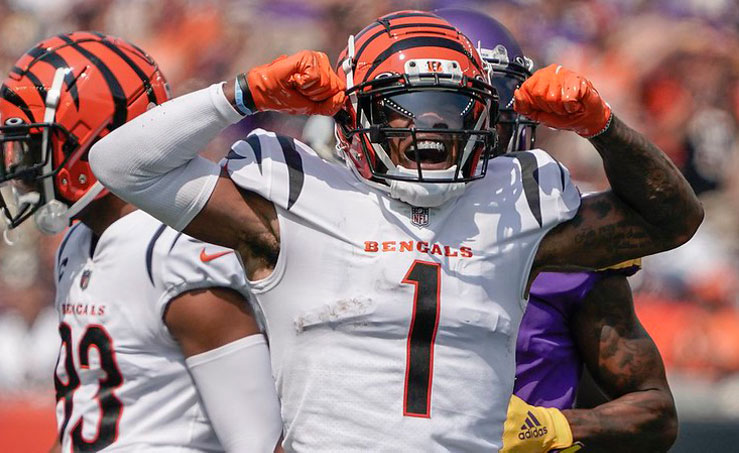 Cincinnati Bengals wideout Ja’Marr Chase is your best bet at +861 heading into Week 3 of NFL season.

Cincinnati Bengals wide receiver Ja’Marr Chase is making a quick name for himself at the NFL level.

Joining up with college teammate Joe Burrow has been fruitful for Chase, who’s recorded seven catches for 155 yards and two touchdowns in his first two games.

Per PFF, Chase became the first wideout since 1976 to have touchdown catches of 40+ yards in his first and second career games—a 47-yarder in Week 1 and then a 42-yarder in Week 2.

Get the BetQL Day Pass for access to all the BetQL Model’s plays for 24 hours at just $4.99! 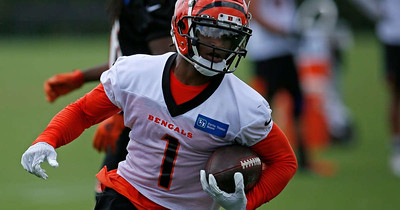 The LSU product is Burrow’s clear deep-ball threat. Per NFL Next Gen Stats, he accounted for 40.5% of the team’s air yards in his first two games, more than fellow wideouts Tee Higgins (31.7%) and Tyler Boyd (19.7%).

That’s very telling, not only about the cohesiveness and chemistry between the quarterback and his receiver, but also how Cincinnati’s offense plans on utilizing him.

The team’s passing offense has been concentrated on the aforementioned players and running back Joe Mixon, and will continue to be all season long.

Per BetQL, Chase has +861 consensus odds to win the NFL Offensive Rookie of the Year Award, and these might be the longest odds he sees for the rest of the year.

The Bengals have made a clear effort to run the football this season. They’ve passed the ball just 54.1% of the time, compared to 60.5% last season and 63.3% the year before.

Not only will that give Mixon a chance to do work on the ground, but it’ll set up play-action opportunities and the chance for splash plays downfield. That’s what makes Russell Wilson so dominant on the Seattle Seahawks, as the ultimate example.

With matchups against the Jacksonville Jaguars, Detroit Lions, New York Jets and L.A. Raiders secondaries—and plenty of other games in which the Bengals will most likely be playing from behind in a pass-happy game script—Chase has the best chance of all the rookie receivers to put up monster touchdown and yardage numbers.

The quarterbacks with shorter odds than him should get the bulk of their team’s starts this season (with the lone exception of Trey Lance), but if Chase can continue to make history, voters won’t be able to ignore him for long. Lock in this bet now! 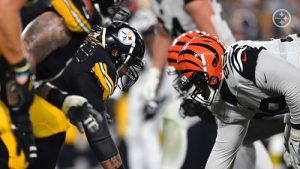 It’s Week 3, and the Cincinnati Bengals will meet the Pittsburgh Steelers Sunday, September 26 at Heinz Field. Cincinnati is looking for a win after the team’s 20-17 loss in Chicago last week.

The game will air nationally on CBS-TV. Kickoff is 1 p.m. ET.

New customers at BetMGM start with a risk-free bet, up to $1,000. If your first bet loses, you get back the same amount in free bets.