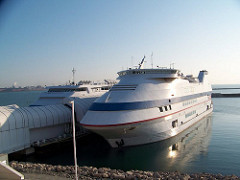 Spectacle Entertainment, recently created by two former Centaur Gaming executives, recently announced it acquired Majestic Holdco LLC, owner of the Majestic Star Casino and the Majestic Star Casino II, both located in Gary, Indiana, for an undisclosed amount of cash. Rod Ratcliff, former chairman and chief executive officer at Centaur Gaming, is the chairman and chief executive officer at Spectacle, and John Keeler, former Centaur general counsel for Centaur, is general counsel at Spectacle. Keeler said, “It seemed like a really good opportunity that came along. The more and more we looked at it, the more and more intrigued we were.”

He stated Spectacle will try to relocate one casino within Gary and move the other license elsewhere in the state; an exact location has yet to be determined. Both gambling boats opened in 1996. They share a 300-room hotel room, six restaurants, meeting facilities and 2,000-space parking garage.

The Indiana legislature would have to approve moving the licenses. Lawmakers have expressed interest in moving the casinos from Buffington Harbor to use it for an intermodal transit center. Meanwhile, Keeler said, “On an interim basis, we hope that we can continue to operate them as is and hopefully make incremental improvements.”

The transaction, if approved by the Indiana Gaming Commission, would close in the first quarter of 2019.