College Football is two weeks away and figuring out what season bets to make just got easier with our NCAAF betting guide.

Coleridge Bernard Stroud IV sounds like he appeared off the pages of a Jane Austen novel, instead of the Ohio State Buckeyes campus by way of the California high school quarterback assembly line.

But once you’ve read all the details from C.J. Stroud’s 2021 season and what could lie ahead in 2022, there’s a lot of sense and sensibility making him the favorite to win the 2022 Heisman Trophy.

But what about the other big stories in college football? How does Brian Kelly going from Notre Dame Fighting Irish to the LSU Tigers and Dan Lanning going from the Georgia Bulldogs defensive coordinator’s job to the Oregon Ducks factor into you cashing tickets?

How do key transfers play into successful win-total wagers?

There’s value to be had across the college football landscape. But some bets don’t require a lot of persuasion to plunge into. Here are four bets worthy of pride and prejudice. All odds courtesy of BetMGM. 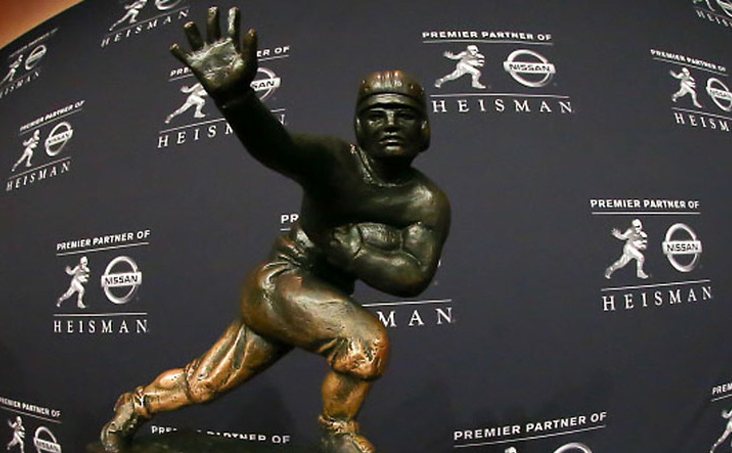 Put aside the fact Ohio State’s Stroud was the favorite to win last year’s Heisman, until the Michigan Wolverines absorbed his 394 yards and two touchdowns with a shrug and waxed the Buckeyes, 42-27, in front of the whole country. The statue is the redshirt freshman quarterback’s to lose this year for a variety of reasons.

First, Stroud is a film junkie. He watches more film than the ghosts of Roger Ebert and Gene Siskel. This explains why Stroud’s Stephen Hawking-esque football IQ is off the charts. This is a guy who used to pester his high school coach at Rancho Cucamonga High in Southern California like a sugar-deprived 5-year-old if film of next week’s opponent wasn’t up for review the preceding Sunday.

Second, Stroud returns on the heels of a 4,435-yard, 44-touchdown season. He completed nearly 72% of his passes while enjoying a TD-INT ratio of 7.3-1 (44-6). Stroud had five 400-yard passing games last year, punctuated by a 573-yard, six-TD shredding of thee Utah Utes in the Rose Bowl Game. Numerous defensive backs throughout the Big 10 waxed poetic at that conference’s media day about how Stroud didn’t look like a freshman as he was slicing up secondaries.

Third, Stroud gets two of his primary weapons back. Receivers Jaxon Smith-Njigba and Marvin Harrison Jr., the son of the former NFL Hall of Famer return. Smith-Njigba led the Buckeyes in receiving yardage (1,259), to go with 80 catches and six touchdowns. He was incandescent in the Buckeyes’ come-from-behind 48-45 Rose Bowl victory over Utah: 15 catches, 347 yards, three TDs.

Finally, Stroud finished fourth in the Heisman voting last year – again, courtesy of that Michigan game. Yes, winner Bryce Young returns to the Alabama Crimson Tide, which is expected to contend for another national championship. But voters – even with the heavy SEC bias built into voting – aren’t wedded to giving Heismans as bookends. With Ohio State in the national title hunt, expect Stroud to be the last man standing at the Heisman ceremony. 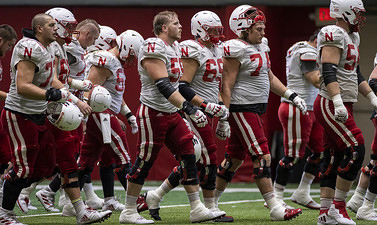 If anyone but Nebraska Cornhuskers golden boy Scott Frost was presiding over a three-win season in Lincoln, we’d of already met the new Nebraska football coach. The Cornhuskers’ 3-9 mark in 2022 was their worst in 64 years, since the 1957 team went 1-9. It was also Frost’s fourth losing season in as many campaigns.

Nebraska lost quarterback Adrian Martinez to Kansas State Wildcats. It adapted by bringing in former Texas Longhorn passer Casey Thompson, who will work with new offensive coordinator Mark Whipple, last seen at Pitt Panthers, turning Kenny Pickett into the only quarterback taken in the first round of this year’s NFL draft.

But even with a decent defense that returned four of its top five tacklers and kept the Cornhuskers competitive in every game; their biggest loss was by nine points to Ohio State, finding eight wins here is a reach. Among the minefields, Nebraska plays old Big Eight rival Oklahoma Sooners, goes to dark-horse Purdue Boilermakers. They close its season against Minnesota Golden Gophers, at Michigan, Wisconsin Badgers, and at Iowa Hawkeyes.

Looking at Oregon’s schedule, the Ducks can fall out of bed and win eight games – even counting a season-opening trek to Athens, GA. and the defending national champions. And speaking of Georgia, that’s where Oregon grabbed its new head coach: Lanning.

The Bulldogs’ former defensive coordinator inherits a 10-win team from 2021. He brings in a defensive mentality that should thrive with returning linebackers Justin Flowe and Noah Sewell. He brings in Auburn Tigers transfer Bo Nix to run the offense behind one of the Pac-12’s best offensive lines. Even losing versatile running back Travis Dye to rival USC Trojans, the Ducks should have plenty of weapons to throw around.

But again, it’s that schedule that makes this bet so juicy – even with the juice. The Ducks avoid Dye and the Trojans and get their two toughest opponents: UCLA Bruins and Utah, at home. Even spotting them a loss to Georgia, the Ducks could have eight wins by their November 12 game against Washington Huskies – again at home. Win that and you cash, no matter what Oregon does against Utah and at blood rival Oregon State Beavers in the Civil War game. 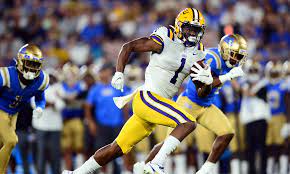 Three years ago, fans of the LSU Tigers up and down the bayou were toasting one of the best college football teams in history. Heisman Trophy winner QB Joe Burrow and a ridiculously deep LSU team blew through everyone en route to the national championship.

And then, the hangover hit like a 2-by-4 between the eyes. Everyone of consequence left for the NFL. The Tigers went 11-12 the next two seasons, mediocre enough to get Ed Orgeron fired. The hangover cure? Bring Brian Kelly down from Notre Dame to fix matters. The hyper-organized Kelly won’t get LSU into the playoffs this soon. But it’s about a mortal lock he’ll get the Tigers seven wins this season.

First, LSU welcomes do-everything quarterback Jayden Daniels from Arizona State Sun Devils. The 6-8 Californian showed flashes of his gifted talent that a deeper LSU roster and Kelly should further bring out. He’ll get every opportunity to beat out incumbent Myles Brennan and freshmen Garrett Nussmeier and Walker Howard.

Second, the Tigers’ schedule practically screams “9-3.” Not counting Florida State Seminoles coming to Baton Rouge for the opener, the only minefields are at Florida Gators (October 15), home against Alabama (November 5) and at Texas A&M Aggies ending the season (November 26). Should LSU beat Florida State and Florida, the Tigers could be 8-0 going into that Alabama game.

Even if they stumble against the two Florida schools, the Tigers should have six wins by the time the Crimson Tide rolls in. And the Arkansas Razorbacks and UAB Blazers await on the other side. Bettors need only one of those two games to cash.