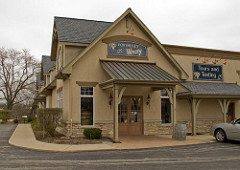 FOX Sports has partnered with the New York Racing Association, Inc. and the Stronach Group for a six-week horseracing telecast called FOX Sports Saturday At The Races.

The first broadcast was February 3 and the program will continue over six broadcasts ending with a 3 ½ hour show on March 31 headlined by the Grade 1 Florida Derby.

FOX Sports Saturday At The Races will offer national coverage of marquee racing from Aqueduct Racetrack, Gulfstream Park and Santa Anita Park highlighted by coverage of several key Triple Crown prep races including the Grade 2 Fountain of Youth, the Grade 3 Gotham, the Grade 2 San Felipe and the Grade 3 Withers, FOX said in a press release.

“FOX Sports Saturday At The Races is going to be essential viewing for anyone following the Triple Crown trail. These races have produced four of the last five Kentucky Derby champions, including the last two winners, and have jump-started the three-year-old campaigns of legends from Secretariat to California Chrome,” said Michael Mulvihill, FOX Sports executive vice president, research, League Operations & Strategy in the release. “We look forward to presenting the best of the road to the Triple Crown, with the best team of handicappers in the business.”

In conjunction with the telecasts of FOX Sports Saturday At The Races, NYRA will host a Cross County Pick 4 featuring races at Aqueduct, Gulfstream and Santa Anita. The popular multi-track, multi-race wager will have a 50-cent minimum bet.