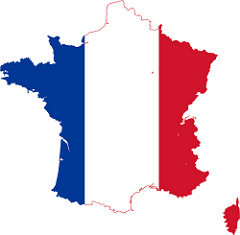 France saw online gambling revenue grow by 25 percent in 2018 over 2017 with online sports betting accounting for more than half of revenue.

However, the country’s iGaming regulator L’Autorité de régulation des jeux en ligne said that despite strong full-year figures the market was still fragile due to marginal growth in poker and horse racing betting.

That could mean France will consider reforming its online gambling tax rate to apply to revenue rather than total turnover, such as a tax on sports betting currently being discussed in the French legislature, the regulator said, noting that a change would bring France in line with its European partners.

ARJEL estimated that around 2.7m players gambled online over the year, an increase of 40 percent from 2017.

Sports betting saw revenue grow 32 percent to €215 million with amounts wagered rising 51 percent to €1.1 billion. The majority of wagering was on soccer which accounted for €662.9m of total stakes, up 54 percent from Q4 2017.

Online poker benefitted from player sharing with Spain and Portugal and saw amounts wagered in cash games grow 11 percent to €1.0 billion for the year.