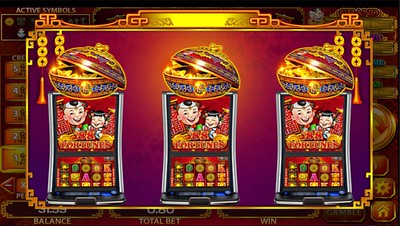 The online sites of New Jersey’s Golden Nugget, Resorts and other operators are offering Free Rounds, a mainstay of traditional casino slot clubs, brought online as part of an overall package of player rewards called the OpenGaming Suite.

There are thousands of devotees to iGaming sites who also have been going to live casinos for years, and have grown to appreciate the perks and rewards they get through slot clubs. Luckily, technology has enabled many of those same features for online players.

One of the most recent is Free Rounds, a program launched early this year in New Jersey that delivers the normal “signing bonus” offered for registering on a site in a way that will be familiar to those longtime slot-club members. Free Rounds are the online equivalent of “free play,” the “free” spins that appear on a casino slot as promotional credits on the game—here used as varying numbers of free spins on a given online slot game.

It is part of the “OpenGaming” online casino suite provided by SG Digital, a division of slot-manufacturing giant Scientific Games. The OpenGaming Suite, or OGS, is a platform that feeds games not only from SG Digital (Bally, WMS, Shuffle Master) but from a lineup of “third-party” manufacturers as well. That means the Free Rounds feature is available on any of a large library of slot titles.

The OpenGaming Suite generates not only signing bonuses but instant jackpots, tournaments and other promotions that bring some features of traditional casino slot clubs to the iGaming realm. Some operators allow players to pick their favorites from the large game library, but the versatility of the technology means operators can use Free Rounds in any number of promotions, and even can tie the feature into their casino slot clubs.

“The genesis of Free Rounds is as one of many features that SG Digital’s OpenGaming product suite offers,” said Robert Hays, SG Digital’s vice president, commercial for the Americas, in an interview with iGaming Player. “Our OpenGaming system offers functionality to deliver our proprietary content directly to operators, but also as an aggregator of third-party content.

“Lastly, it’s built within a framework that provides additional features and functionality to games served through that distribution—specifically, free rounds, missions, jackpots, tournaments, and so forth. That’s really the basis for Free Rounds and free spins—a feature of our OGS OpenGaming system offering.”

Hays added that in addition to operators already using the OpenGaming system to fuel their online game offerings, others are able to tap into both the games and features such as Free Rounds through an integration with the SG Digital system. That translates into an increasing number of New Jersey sites offering Free Rounds and other OpenGaming features.

“Golden Nugget (goldennugget.com) has been very active in utilizing this tool for several weeks,” said Hays. “Resorts (mohegansuncasino.com, pokerstarscasinonj.com) is using the functionality as well, and we have numerous operators that are in some level of integration, user acceptance or actual deployment of the feature. We’ve got an anchor with some key operators in New Jersey, and we’re expanding rapidly across the network.”

According to Hays, Golden Nugget is among several casinos using Free Rounds as a welcome bonus, at the same time promoting a specific game. “For any new player coming to their site that would like to register, the Free Rounds are awarded (to Golden Nugget players) specifically around the game 88 Fortunes, as the welcome bonus,” he said. “It’s a matter of just registering.”

Hays said the idea with Free Rounds was to provide something different than some variation of a matching amount for a certain deposit as a signing bonus. The Free Rounds feature, he notes, actually introduces the player to a site with a little fun, through actual game play that can result in winnings without having to make a wager.

“It allows the player to have a user interface/user experience with the actual site, if they’re new,” said Hays. “And it also allows them to actually experience the game. Rather than coming in with a welcome bonus and then getting into the casino lobby and hunting and pecking trying to decide which game you want to play, in this case, the operator can take what they think is compelling content, put a Free Round welcome bonus around it, and then the player can use those Free Rounds on that game, which not only highlights the actual user experience with the site, web or mobile, but also the actual game.”

Hays says most of the operators are using the Free Rounds to promote a specific game or specific set of games. “It’s up to the operator, and often it will vary by segment of player, because it’s not just a player acquisition tool; it can be a retention and reactivation tool as well. You may have segmented your player from what I call a standard player to a gold to a VIP player, and a set number of Free Rounds. The quantity of Free Rounds would vary based upon that segment, based on those player behaviors.”

He said the Free Rounds used as sign-up bonuses—ranging from five to 20 free spins, typically—can also be used to build player loyalty much in the same way as traditional slot clubs. Particularly where the OpenGaming system is tied to back-end systems such as the casino management system that fuels the slot club, Free Rounds can appear as rewards for achieving various play thresholds.

The technology is brand-new, so it’s likely to evolve. “I don’t think the current utilization is where you can accumulate Free Rounds and then use them at your leisure, which is much more akin to free play, but Free Rounds could be made available based on player behavior and activity,” Hays said. “It would be a more event-driven or independent-type offering, as opposed to accumulating and building spins akin to free play on the land-based side.”

Hays says new uses of the technology are likely to appear soon. “The level of integration that a game supplier or operator would have with our OGS environment would dictate, even right now, how robust the feature functionality would be,” he said. “Plus, as part of our core development roadmap, we’ll continue to refine the Free Rounds functionality to make it as robust as possible.”

One advantage SG Digital has in adding new features to Free Rounds and the OpenGaming Suite in general is that the company already has a longtime proving ground in the form of European and British iGaming operators. “In our case, we’re fortunate, because we’re a global operator, that we can take learnings from the European market—the U.K. and Europe—where Free Rounds are used at a very high level of frequency by almost all operators,” he said. “We get what we learn from our global engagement and bring those (features) into product development, and then they re-emerge as an enhancement, or possibly a new feature (in the OpenGaming Suite).”

Those enhancements will be even more robust when the system is linked to an operator’s established slot system, which in the future could lead to enhancements such as a player’s known favorite game popping up as the Free Rounds signing bonus. “When you’re looking to have a single view of the player across both online and brick-and-mortar channels, it comes from an integration of our platform to back-of-house,” said Hays, who says this allows operators to tailor promotions to specific players.

The OpenGaming Suite is being utilized in different ways by various operators, with many running several promotional campaigns a month on their sites, according to Hays.

“Of course, we’re constantly working with our operators to figure out the best ways to promote engagement around our content, and certainly Free Rounds is one of those tools,” Hays said.

It’s a tool that’s still in its infancy. More to come. 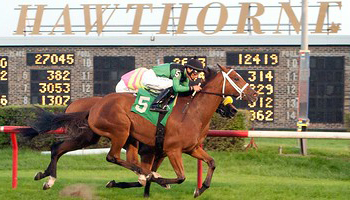 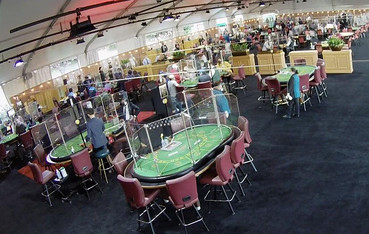